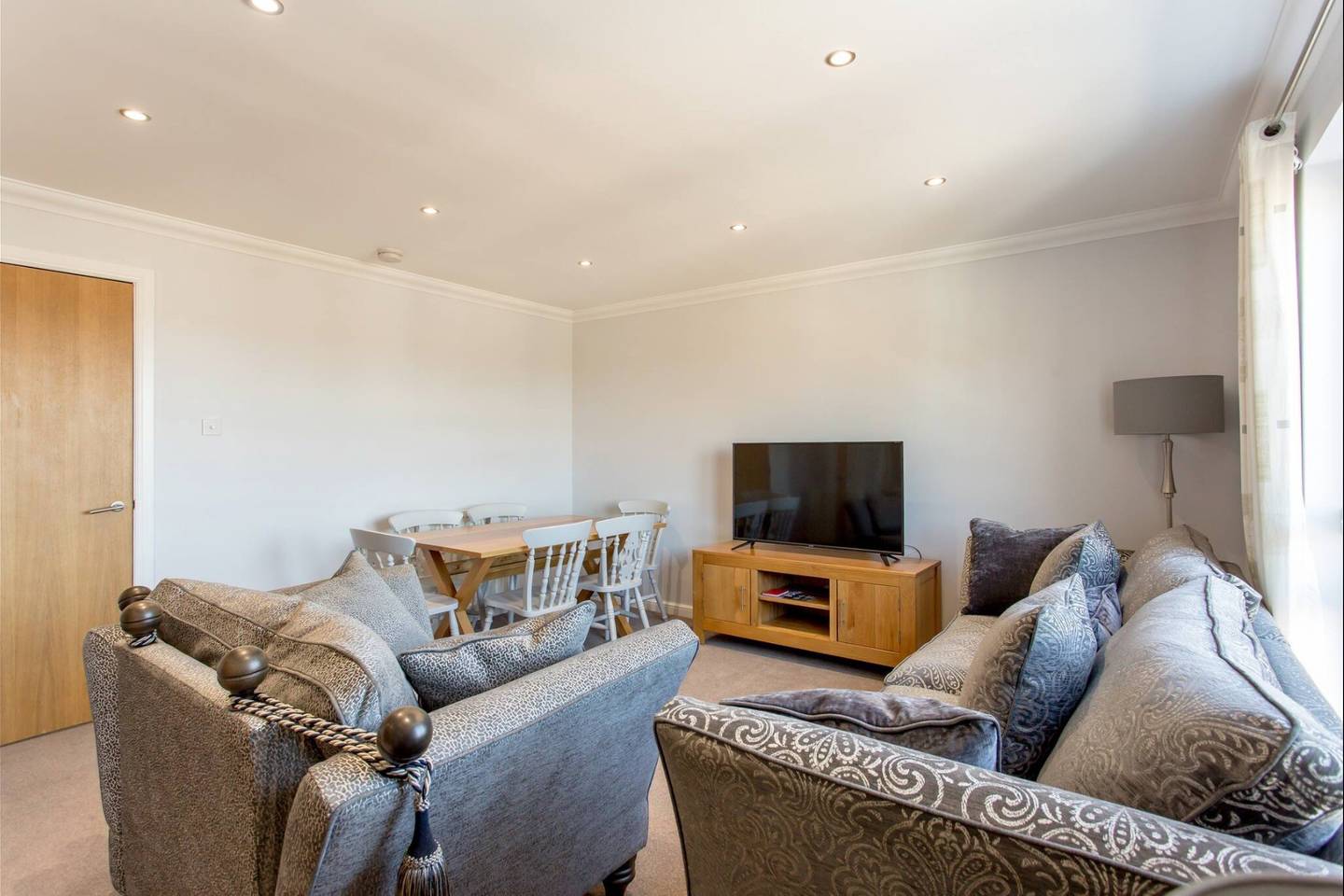 3 Bed Flat With Parking in Super Cool Leith!
This is an Instant Booking. The host agreed to automatically accept booking requests. Once your payment is processed, your booking is confirmed.
Entire place • Edinburgh
Wi-Fi • Parking • Kitchen 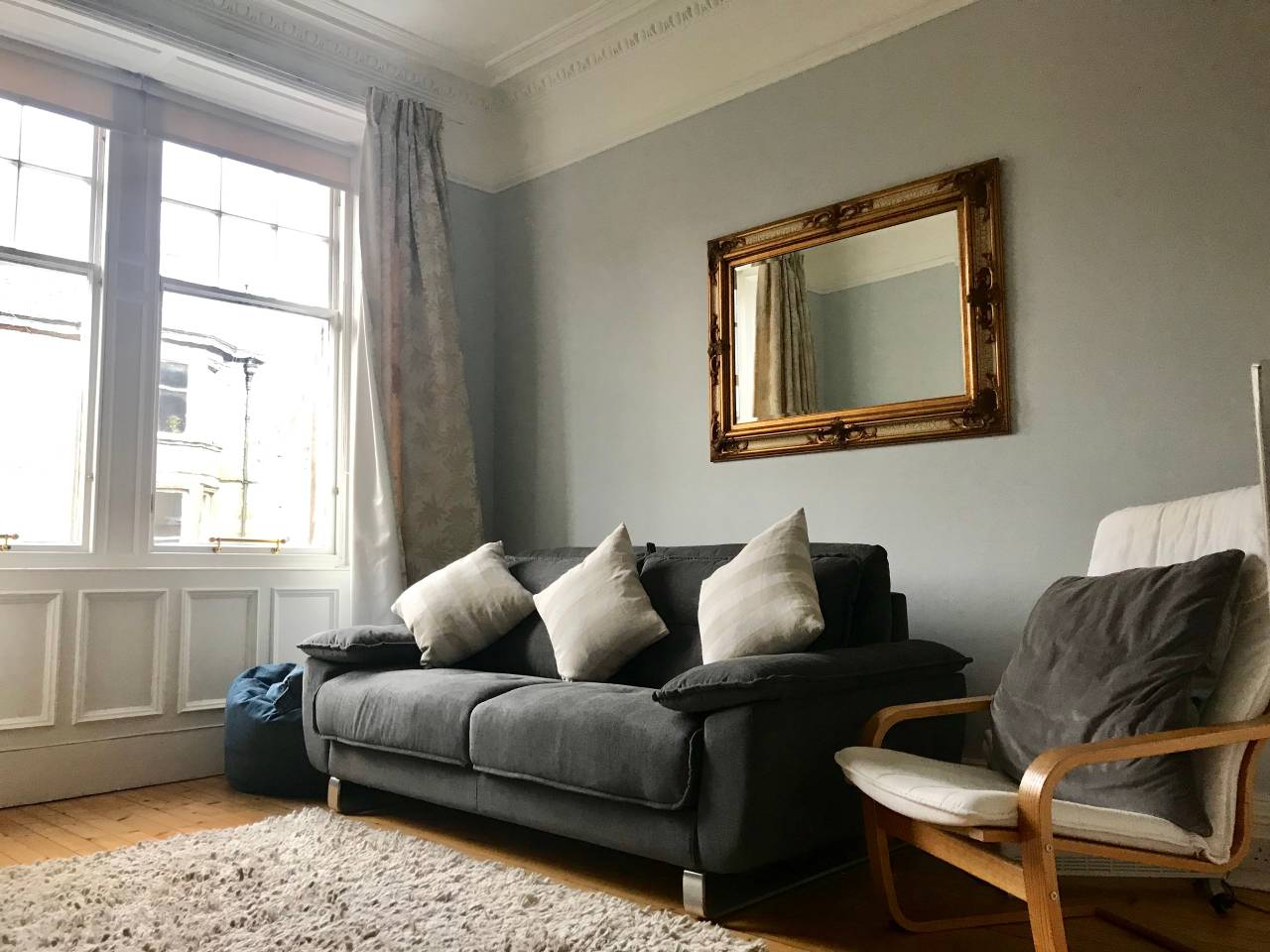 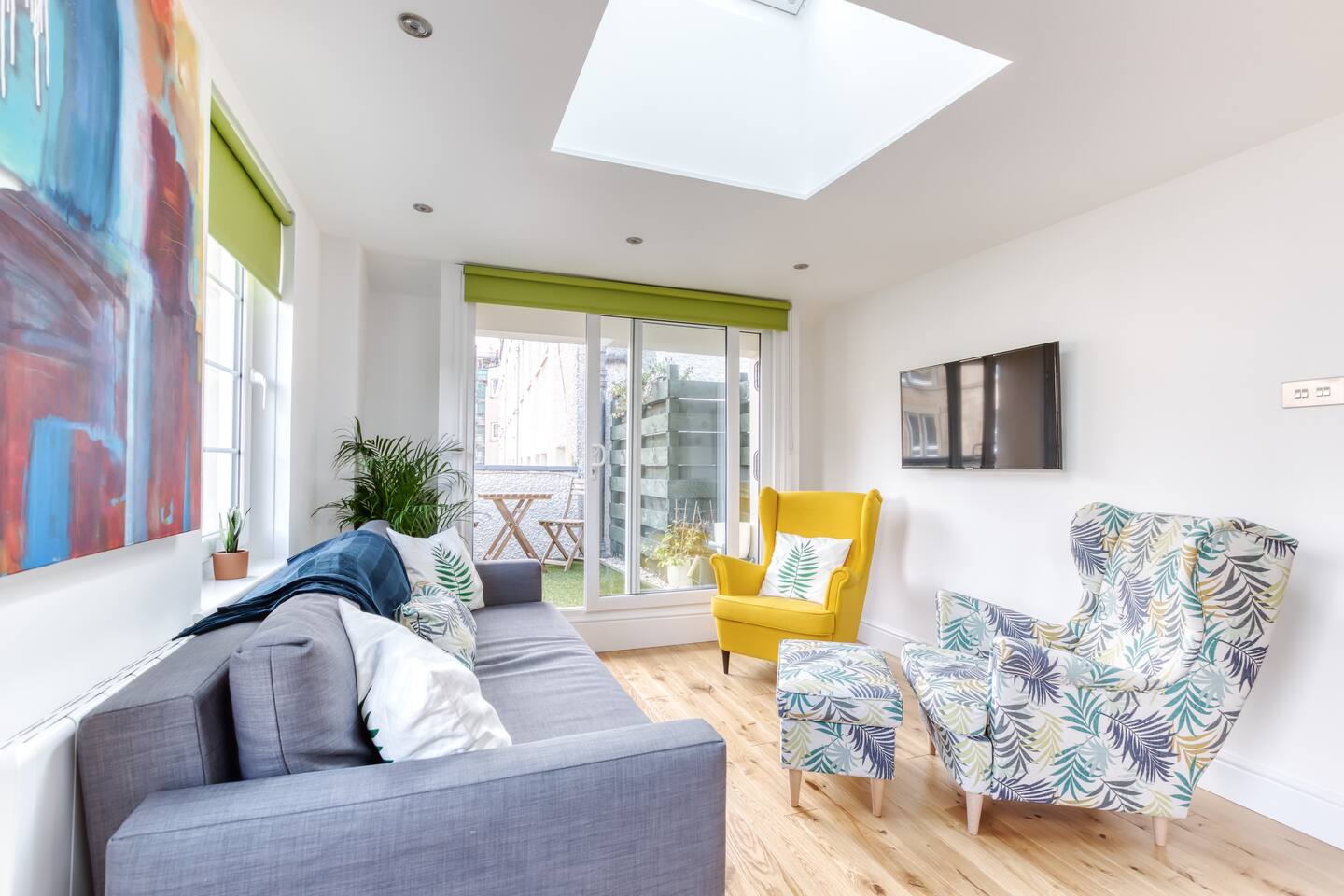 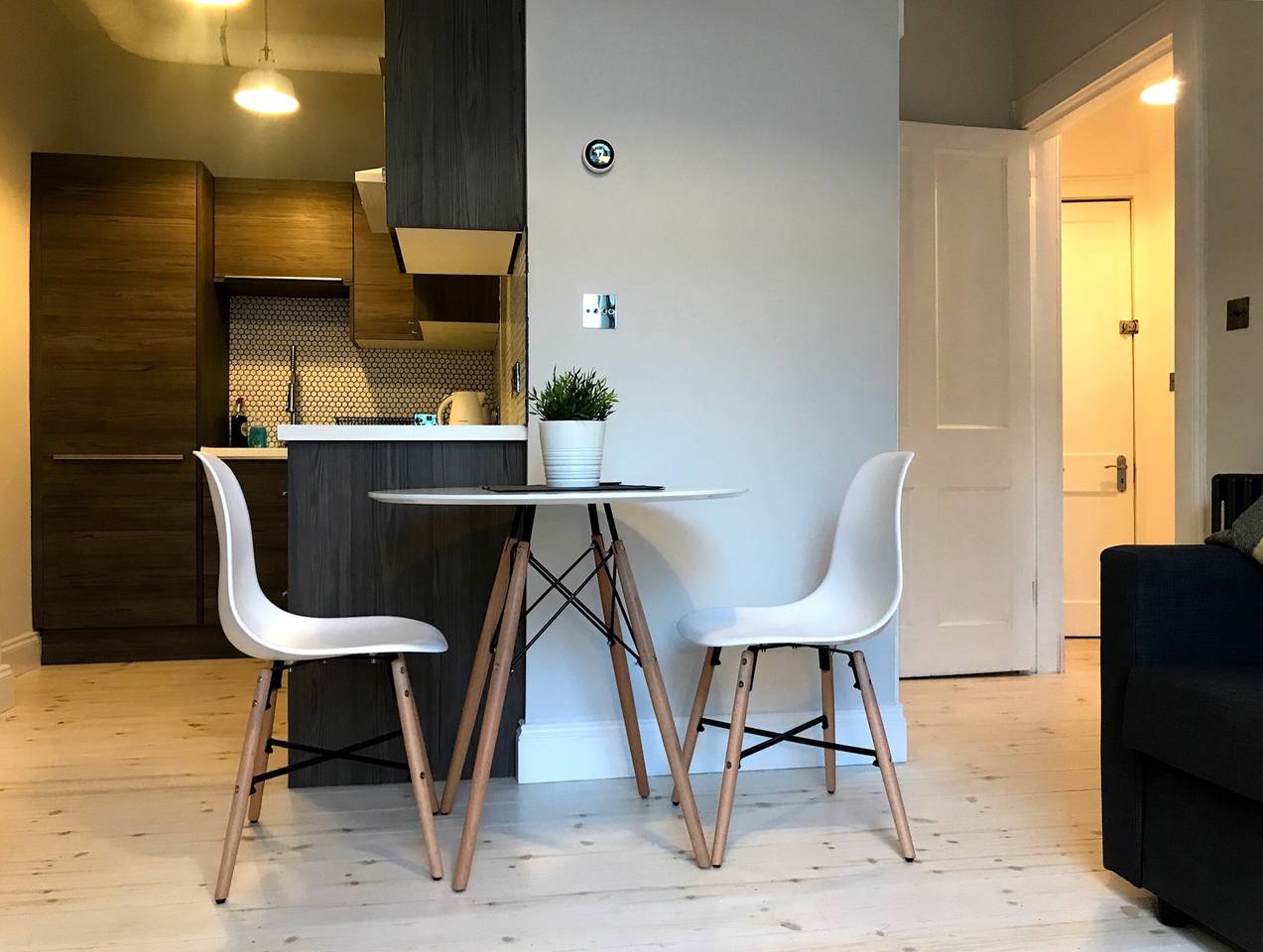 Cosy Modern Central Edinburgh Flat, Close to Tram
This is an Instant Booking. The host agreed to automatically accept booking requests. Once your payment is processed, your booking is confirmed.
Entire place • Edinburgh
Wi-Fi • Kitchen • Heating 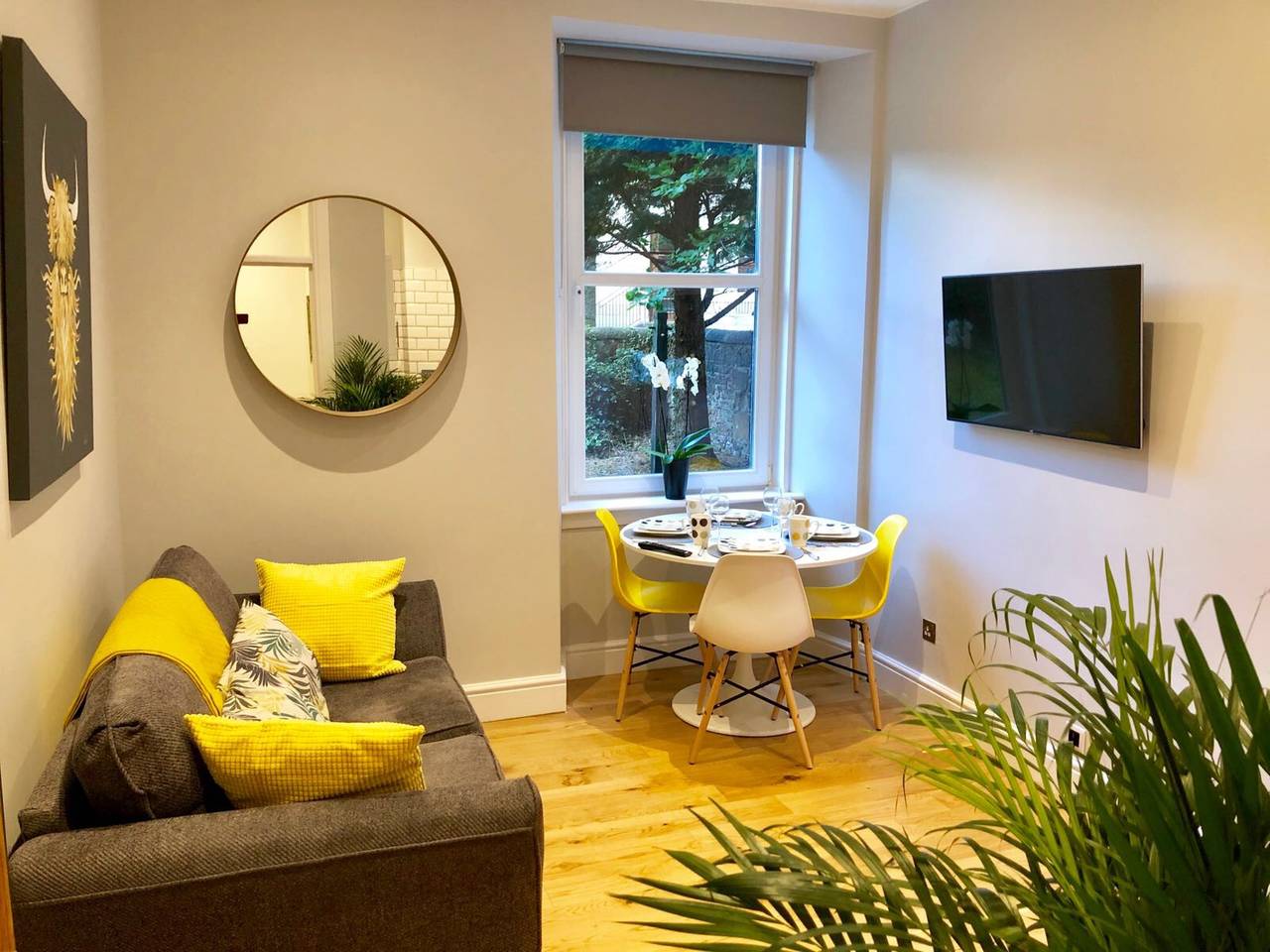 Stylish flat, close to tram, central location
This is an Instant Booking. The host agreed to automatically accept booking requests. Once your payment is processed, your booking is confirmed.
Entire place • Edinburgh
Wi-Fi • Kitchen • Heating

Edinburgh, Scotland’s capital and second-most populous city, is also one of the most charming and interesting travel destinations in the United Kingdom. Famed as one of the world’s most beautiful cities, much of Edinburgh has been declared a UNESCO world heritage site. However, history isn’t the only reason to visit this gorgeous Scottish city. You might be surprised to find that Edinburgh also has quite the thriving gay scene.

A visit to gay Edinburgh begins in the neighborhood known as the Pink Triangle. Located at the north end of Leith Street in the heart of the city, the area is humming with activity. Though smaller than the gay districts in London and Manchester, it is nonetheless a fascinating little gay village, where you’re bound to connect with locals and share a pint or two.

Edinburgh's gay village neighborhood is small and easy to navigate. Popular gay bars in Edinburgh include The Street, with its relaxed, casual atmosphere, and CC Blooms, one of the city’s leading gay clubs, where the party can often last well into the night. Edinburgh also hosts an annual Pride festival, Pride Edinburgh, which usually takes place in June. Pride Edinburgh typically consists of the traditional parades and rallies, as well as the usual festivities. A very progressive city, Edinburgh is happy to come together every year to celebrate diversity and this is truly felt throughout the city.

Other Attractions around Edinburgh

Edinburgh has two main historic districts, the New Town and the Old Town. “New” is a relative term in this context, as Edinburgh’s New Town consists largely of Georgian style homes built in the eighteenth and nineteenth centuries. Edinburgh’s old town, on the other hand, is home to its many medieval landmarks. Visitors to Edinburgh simply can’t miss the Palace of Holyroodhouse, the churches of St. Giles, Greyfriars and the Canongate, and of course Edinburgh Castle.

There is no shortage of gay accommodation in Edinburgh. Because the city is so open and progressive, gay travelers can opt for really any type accommodation in the city without fear of harassment. In fact, any form of discrimination against LGBTQ individuals has been illegal in the UK since 2010. The most popular gay hotel Edinburgh offers is probably the Ballantrae Albany Hotel, largely because of its proximity to the Pink Triangle. Budget travelers might enjoy the Holiday Inn Express Edinburgh City Centre, which is within walking distance of popular gay attractions like CC Blooms and the Steamworks Sauna.

Otherwise there are plenty of misterb&b hosts who are ready to welcome you to Scotland’s capital. Looking to meet a gay local? Rent a private room with a misterb&b host, and get some local tips on the city. Alternatively, if you are traveling with a group of friends or you just fancy some solo time, book an entire misterb&b apartment and create a home-away-from-home.

Edinburgh is simply a great choice for gay travelers. It offers a vibrant gay scene against a backdrop of amazing history and architecture. Mingle with locals, and create memories for a lifetime. Slàinthe!