Brussels prepares for its 18th gay pride
by misterb&b 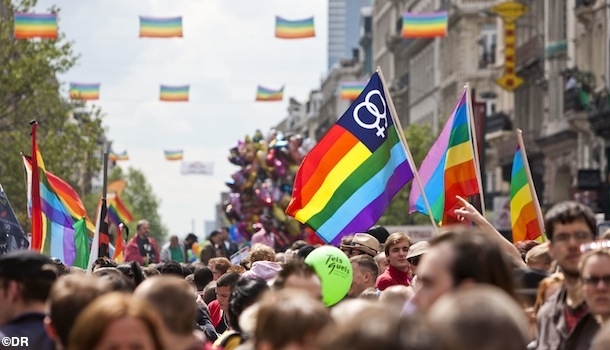 As a pioneer country for LGBT rights, Belgium will be celebrating this year 10 years of same-sex weddings and seven years of legal adoption for LGBT parents. The festivities will take place during Belgium’s 18th gay pride. The main event, the parade, on May 18 in Brussels, will  celebrate all the "Rainbow Families" that have been made possible by the 2003 and 2005 laws. More than 70,000 attended last year’s Belgian pride parade, which is the climax of a full week of LGBT celebrations.

Indeed, the parade through the streets of Brussels comes after a full week of events, debates, thematic evenings, literary cafes and other festive events organized throughout the country from May 10 to May 19 May, during Pride Week. Kick off is on May 10 in Bruseels, with a « MiniPride ».

On May 18, PRIDE4EVERY1 in the streets of Brussels ! And since the country has nothing to prove in terms of LGBT rights, the organizers will offer a delegation of LGBT activists from Macedonia to march ahead of the parade, something they cannot do in their own country.

The day will end with the official "Fabulous Party" at the Ancien Casino. Or you can choose the "Alternative Party" to be held rue Fossé-au-Loup. On the next day, enjoy a tea dance party at Smouss from 5PM and Brussels most famous party La Démence at Fuse from 10PM. Theme : "Leater me" !