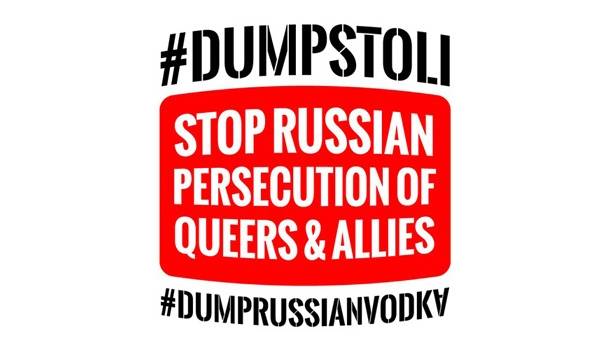 What if boycotting Russian vodkas in gay bars around the world would help Vladimir Putin step back after he recently enacted the legislation banning the "promotion" of homosexuality among minors? Given the weakness of official responses to these anti-gay laws, a boycott of Russian vodka seems to be emerging in the gay community.

It all started on Thursday in Seattle with a blog article posted by American activist Dan Savage (founder of It Gets Better movement), who called to boycott all Russian vodkas ("Dump Russian Vodka", see the logo above) distributed in the United States, and naming the brands.

A fex hours later, Sidetrack, one of Chicago’s biggest gay venue and The Call, also in Chicago, announced that they had stopped serving vodka from Russia. In the UK, the G-A-Y group, which owns bars and clubs in London and Manchester, announced that he joined the movement, followed on Friday afternoon by the Ku Bar, a major London gay bar which published an explicit poster calling for a boycott (see below). The list of participating venues is growing: the Fountainhead Pub and Celebrities in Vancouver, the Moby Dick Bar and Hi Tops San Francisco, the Diesel Bar in Seattle, Elixir Lounge, Halsted's Bar and Grill, Hydrate in Chicago, Pecs in San Diego, the Union and the Axis Cafe in Columbus, Wayla Bar in Toronto ... A facebook page Say NO to Russian Vodka started to list all these initiatives. # DumpRussianVodka is booming on twitter.

Vodka Stolinyacha, better know as Stoli, one of America’s favorite vodkas is particularly blamed by Dan Savage. While it is currently conducting marketing operations in the U.S. on the gay market, the brand immediately responded. On facebook and in an open letter to the LGBT community: its chief executive explained that Stoli was "upset and angry" after the enactment of this anti-gay law and that it «has always been, and continues to be a fervent supporter and friend to the LGBT community »

Will gay bars in France join this boycott? And what about you? After all, if you believe in the power of this, you can simply ask your favorite bartender to serve you a French, Swedish or British vodka instead!

Who'll be your next misterb&b host in Seattle? 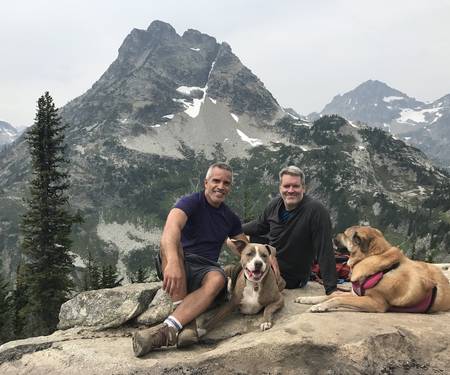