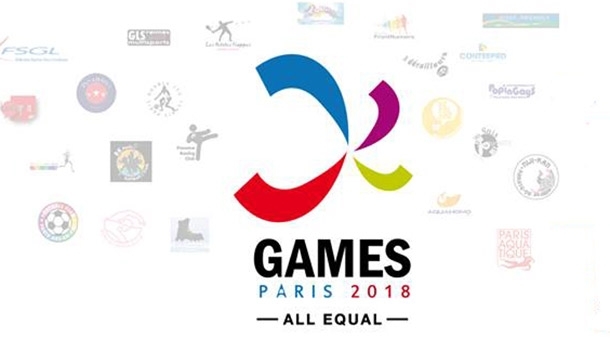 Tonight is the night : we will know which city will host the Gay Games in 2018 : the delegates of the Federation of Gay Games, currently gathered in Cleveland, will announce their choice between London, Limerick in Ireland, or ... Paris!

You can follow the announcement live on the Gay Games official website from 11PM Paris time. Parisians will be able to follow it at Who's, a gay restaurant in the Marais, which organizes a special event tonight.

The leaders of the French bid committee, supported by French Sports Minister Valerie Fourneyron and Olympic champion Laura Flessel has been in Cleveland for 3 days to make its case. They were the first team to present their bid to the voting delegates of the FGG General Assembly yesterday morning.

The video presentation of the Paris bid . View all presentations on the Gay Games official website.

The 2018 Gay Games, if they are organized in Paris, could gather up to 15,000 participants in 36 disciplines. The 2014 edition will be held in Cleveland from 9 to August 16, four years after the Cologne edition.