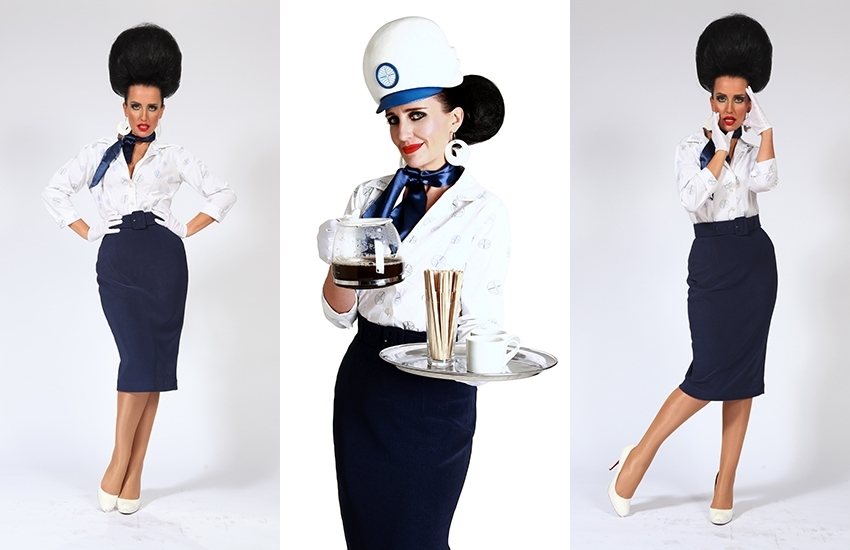 The inimitable world-class air bitch is back in Europe ! Two years after her "Around the World" show, Pam Ann jets into Europe from 12th October 2014 with her brand new show, PLANE FILTHY, one of her filthiest, funniest, most explosive show to date!

This European tour will bring Pam Ann to Stockholm, Amsterdam, Dusseldorf, Zurich, Oslo, Helsinki, Copenhagen, Berlin, Paris, Warsaw, and Antwerp. And if you've never seen Pam Ann on stage, it is urgent to book your seats and fasten your seatbelt !

Deliciously vulgar, glamorous, funny, camp, completely crazy, Pam Ann is the superstar of world aviation ! She will guide you through the conundrums of air travel, skewers the quirks of some of the biggest international airlines as well as stereotypes commonly held about flight attendants everywhere.

The show, entirely in English, will not only be on stage since Pam Ann loves to involve her public in her shows! So be prepared and enjoy the Filthy Plane!

All details about the European Tour : http://www.pamann.com/