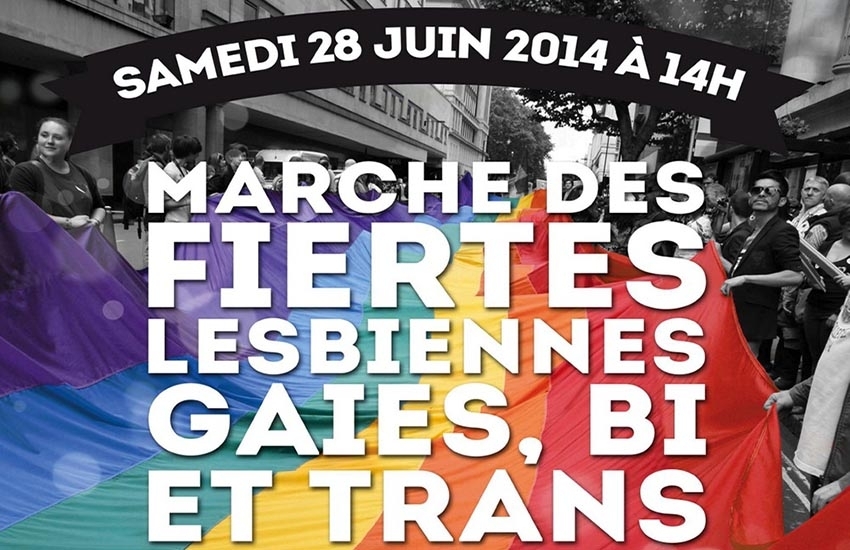 New route for the Pride march in Paris which will depart from Luxembourg Gardens to reach the Place de la Republique, which was recently renovated. The slogan of the march this year is "Our lives, our bodies, our families: more rights for all!". The podium this year, titled "le dancefloor pour tous" will be organized by the Inter-LGBT association and We are Family, the organization that gathers Paris most prominent gay venues. The stage is said to be five times larger than the previous one, with over 360 square meters and will be the largest ever held in Paris for Pride, allowing around 80,000 people to dance on the Place de la Republique. A village of 800 square meters will also be set up with press booths, photo calls and bars. Starting at 4PM, a concert will host numerous artists such as Hypo et EdH, Cat Skill, Etienne de Crécy, Guena LG and Tara McDonald. The British singer will be this year's grand Marshall opf Paris pride. From 7PM on stage Mugler Follies, followed by some of the biggest european DJs, such as Carlos Gallardo, Steven Redant, Pagano and DJ GSP.

After last year's tensions due to the Equal Marriage debate, let's hope that this year's celebrations will be quiet and very festive!