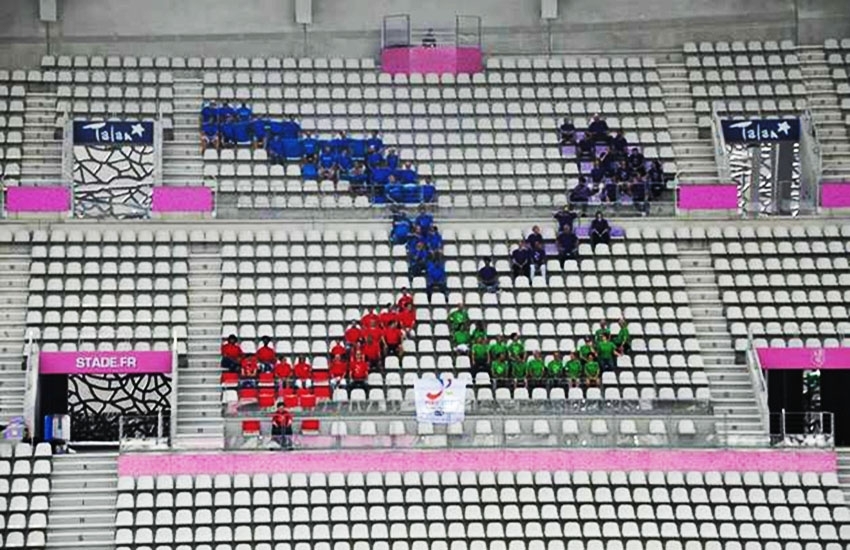 The launching ceremony of the 2018 Gay Games took place last Saturday in Paris. Aftyer losing the bid for hosting the Olympic Games several times, Paris will host these games of tolerance and openness with pride.

Saturday's demonstration was held to raise awareness about the event but also to connect the Parisians and the volunteers in order to "put these games on the A-list of the citiy's events," as stated Parny Francis, vice president of Ile de France regional council.

The organizers of the Paris Gay games in 2018 invited volunteers and the staff of the Games to gather Saturday morning on the lawn of the Jean Bouin stadium. Subsequently four parades departed from four starting points (the Arenes de Lutece,the  Grand Palais, the Hotel de la Région Île-de-France and the Carreau du Temple) and gathered in the late afternoon in front of Paris City Hall, where the Games Village will be built. The Paris Gay Games, scheduled in August 2018, should bring together more than 15,000 participants, 5,000 more than the Olympics, of all sexual orientations and nationalities.

The organization of the Gay Games is in close association with the City of Paris, the French State and the Ile de France region. According to Jean-Paul Huchon, President of the Region, this first event was aimed "to demonstrate that Paris, the Region and France are ready to welcome the world. " Perhaps in the context of hosting the Olympics in 2024 in the French capital?