The Outing, the only LGBT matchmaking and music festival is Irish !
by Guillaume Nargeot 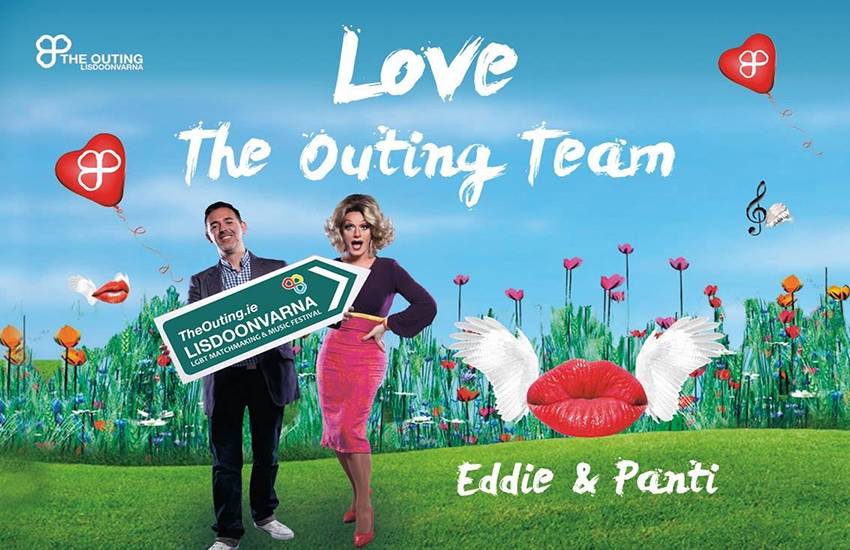 Lisdoonvarna is a little town of 767 in the western part of Ireland. Oldfashioned and boring? Not at all, as the locals will soon tell you!
Nationally known for its thermal waters, Lisdoonvarna is now also famous for its 150 year old  dating festival, the “Matchmaking Festival”. For 3 years now, a LGBT version takes place beginning of October: The Outing Festival, with amazing meetings, music, parties and short nights !
mygaytrip was in Lisdoonvarna for the 2015 edition, October 1-4.

The most important ingredients for The Outing festival are a hotel for the parties, a bar for hooking up, a few celebrities and a beautiful country to discover.

The host hotel for The Outing is the Hydro hotel. The 140 year old venue becomes the HQ of the festival. With 110 (3-star) rooms, it hosts celebrities and other guests. The lobby transforms into an information center, the ballroom into a nightclub for the biggest parties of this LGBT weekend. Mirrorball, DJs, bar with a lot of drinks and wonderful people animate the nightclub. The participants are welcome too at the Imperial Hotel, King Thomond and Burren Castle, all three stars. The Matchmaker Bar traditionally hosts the actual matchmaker, the one who helps two people to engage in conversation. Many parties take place at the Matchmaker Bar, it’s a great place to be with friends or meet new guys!

Thought you could be bored in Lisdoonvarna? The Outing also hosts the International LGBT Film Festival: Gaze. An auditorium is open for screenings of old or recent movies and you can enjoy a local pizza too, baked ion site! During the whole festival, all Lisdoonvarna’s bars and restaurants enjoy this incredible LGBT atmosphere.

Saturday is the big night at Hydro Hotel. Participants are finally ready to find love thanks to Brendan Courtney, the host of the party. Brendan picks three guys who are questionned by a Brazilian single man who doesn’t see their faces. He finally chooses one guy and get to see him face to face and leave with him. Same happens with four girls right after. That was a fun night! The Outing brings also a lot of celebrities to Lisdoonvarna, starting with Panti Bliss, the famous Drag Queen called “The Queen of Ireland” and ambassador of The Outing Festival. She became famous after a brilliant speech against homophobia became viral in February, 2014. She contributed a lot to the evolution of LGBT rights in Ireland. « The Queen of Ireland », a documentary about her life was released on October, 2015.

A finalist (with his group “The Risk”) of X Factor UK 2011, Charlie Healy was one of the other celebrities to join Lisdoonvarna to sing the greatest hits of the year. Same as Katrina Leskanich (from “Katrina and the Waves”) who sang her famous song “Walking on Sunshine” And what about sightseeing ? Lisdoonvarna’s county is wonderful and very touristic. Lisdoonvarna is an old spa town and hosts now modern spas with baths, massages, therapies, etc…

A miracle of nature, the longest free-hanging stalactite in the Northern Hemisphere is to be found in Clare County : 7,5 matters (23ft), down in a cave, 25 meters underground (no elevator !). The cliffs of Moher welcome one million visitors a year : they stand 214 meters (702ft) and stretch for 8 kilometers (5 miles) along the Atlantic coast. Among the activities to be found around Lisdoonvarna, you can do kayak, surf, climbing... The third edition of The Outing Festival may have been the greatest so far. Book now for the 2016 edition! If you’re single and seeks love, if you’re a couple who wants to have fun and travel or a group of friends who dream of adventure, everybody’s  welcome at The Outing Festival. And the locals are super gay friendly, really ! Do you know a lot of cities where an elderly couple will stop his car to take a photo of a group of young LGBTs stolling the streets with a giant rainbow flag? Well, welcome to Lisdoonvarna! To go to Ireland : www.aerlingus.com/fr

Who'll be your next misterb&b host in Dublin? 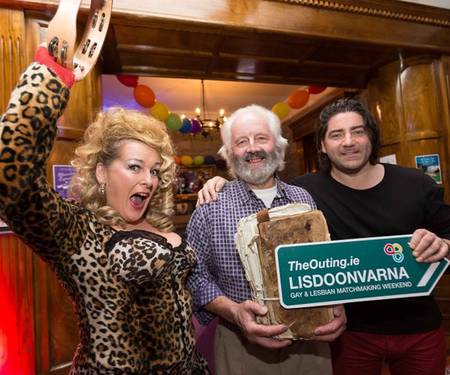 Ireland: a festival for LGBT singles!