Best gay events in North America this Fall
by Lachlan 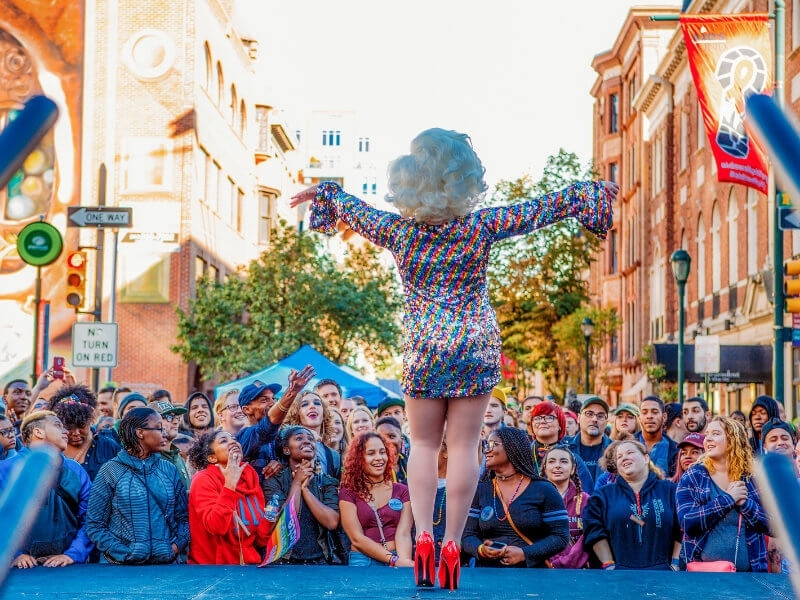 Just because the summer season may almost be over, it doesn’t mean you should wait another whole year before you get those dancing shoes out again. In fact quite the opposite. North America is host to plenty of gay events and parties that will keep you more than entertained - and dancing - for the next three months! So grab a pen and paper, and get ready to fill your gay calendar with the best parties on the continent this Fall. 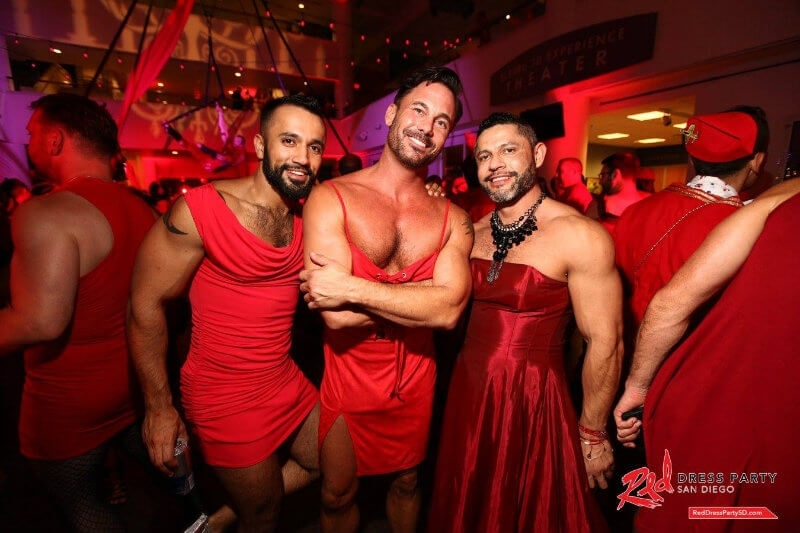 The Red Dress Party in lively San Diego is one incredible gay party you should absolutely be attending this Fall. The event calls for everyone to wear a red dress, regardless of gender or orientation. While music and dancing are a highlight, the main purpose of the Red Dress Party is to raise funds and awareness for organizations that support the local HIV/AIDS community. We hope you’re ready to paint the town red this September and do your bit for the community. 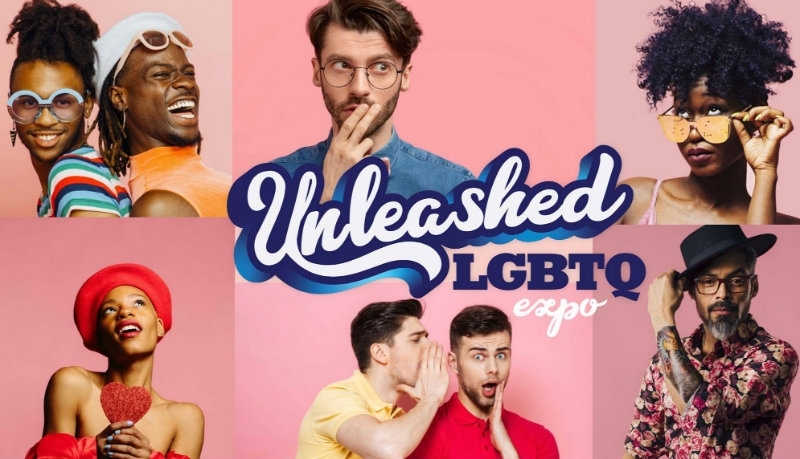 In between dancing at iconic gay parties and waving rainbow at different prides, why not unleash your creative side this season at Unleashed LGBTQ Expo in Dallas? Taking place at the end of September, the one-day event will welcome popular brands, entertainers, and of course everyone from the local LGBTQ community. In addition to a series of expos, you can tune into discussion panels, hear from keynote speakers, and appreciate live performances from influential LGBTQ advocates and entertainers. 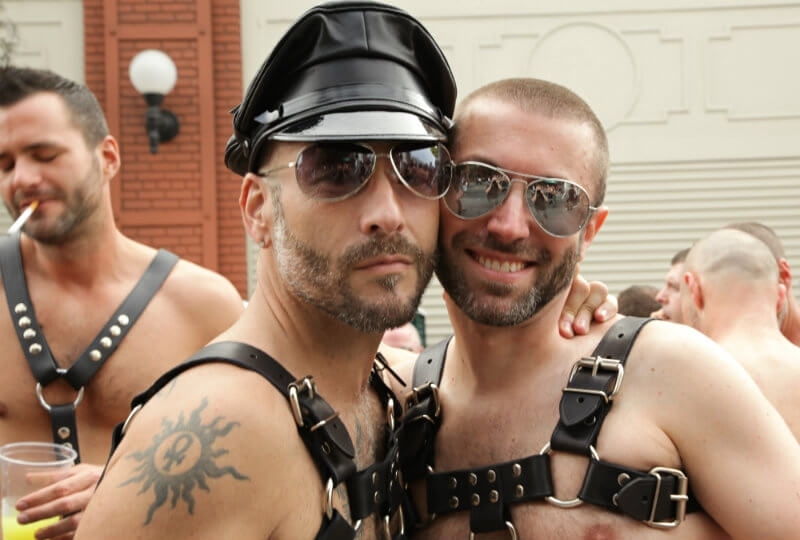 It’s time to go big and bring out your best leather gear, Folsom St. Fair is kicking off this September in San Francisco. Spread across 13 city blocks, this is the world’s biggest leather event. Along with more than 200 exhibitor booths of fetish gear and toys, you can expect one whole day of indie, electronic, and alternative music acts, live fetish performances, and top international DJs. Oh and did we mention the entire event is clothing optional? Ooh la la! 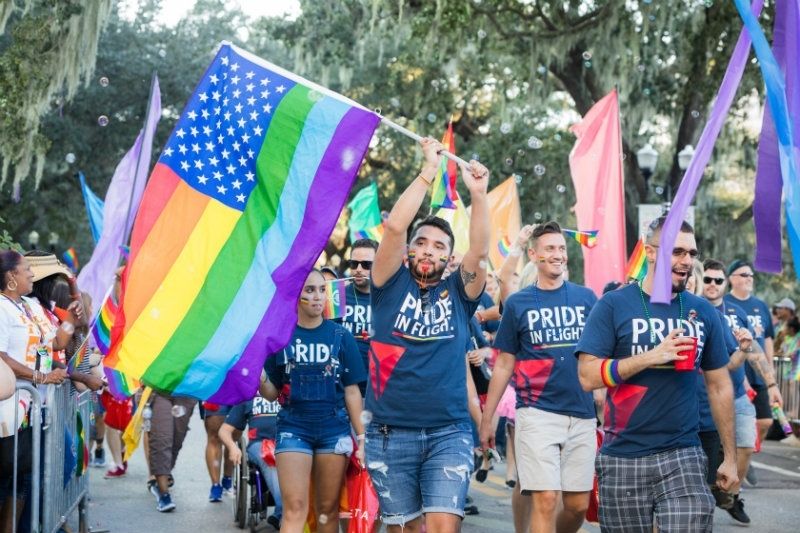 How about coming out in color this October in Orlando? Orlando Pride will celebrate its 15th anniversary in 2019, and it plans to amp up the fun from previous editions. More than 100 groups and 2,000 individuals are expected to take part in the Orlando Pride Parade, as they march from the Lake Eola to downtown Orlando, along a one-mile path. The parade will transpire on Saturday, October 12, with all the action kicking off at 12pm. In addition to the parade, you can look forward to a Drag Race 5k, film screenings, and a wild party at House of Drag. 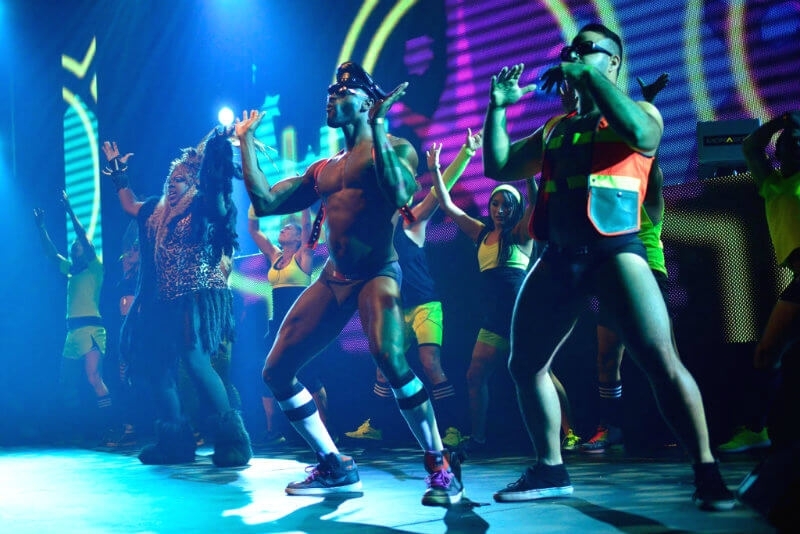 Taking place over the weekend before Canada’s Thanksgiving, Black & Blue Festival is the largest gay-benefit dance festival in the world. The event is organized by Bad Boy Club Montreal, with proceeds going to support the local gay community living with HIV/AIDS. 2019 sees the 29th edition of Black and Blue Festival, and the theme for this year is ‘Masque’. While black and blue will be the standard dress code, the theme prompts party-goers to grab their sassiest, most burlesque-inspired mask. So what face will you be showing at this year's festival? 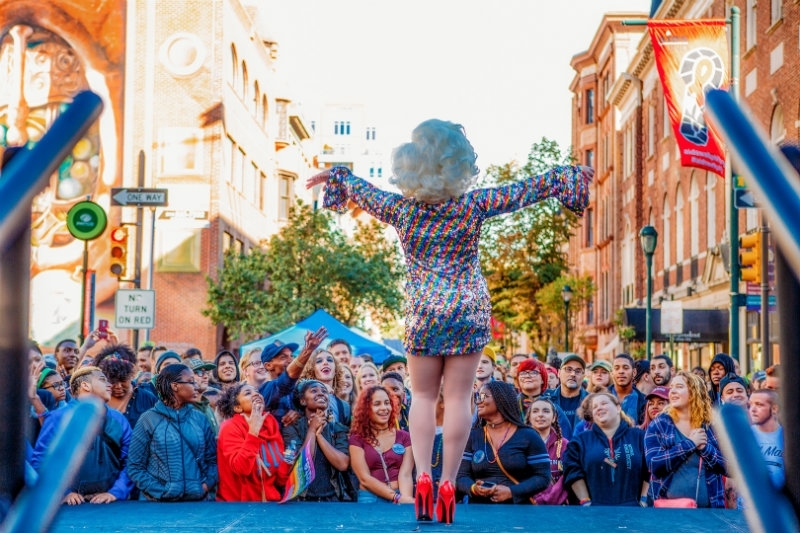 National Coming Out Day takes place each year on October 11, and for 2019 there will be an incredible OutFest in Philadelphia two days later on Sunday, October 13. OutFest proudly claims to be the largest National Coming Out Day Festival in the world, which celebrates Philadelphia’s LGBT history and LGBTQ community. Taking place in the heart of Phily's gayborhood, Midtown, you can look forward to a series of block-style parties, which will include drag shows, high-heel races, games, and plenty of music. The main stage will be located at the crossroads of 13th and Locust Streets, and will welcome loads of entertainment including an awards ceremony. 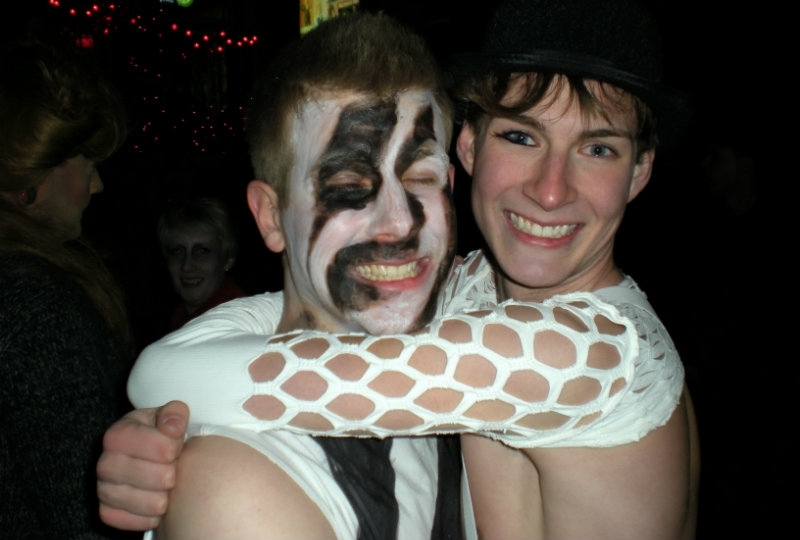 Ready to get your freak on? Toronto's annual Gay Halloween Party calls for all local queer kids to come out in their most gruesome attire for one spellbinding evening of horror - in the good sense of course! Festivities kick off around 7pm, and take place over three pedestrianized blocks in the Gay Village. Most of the action, however, transpires along Church Street. People come in a range of clothing, and despite the chilly Toronto temperatures, the clothing can sometimes be very little! 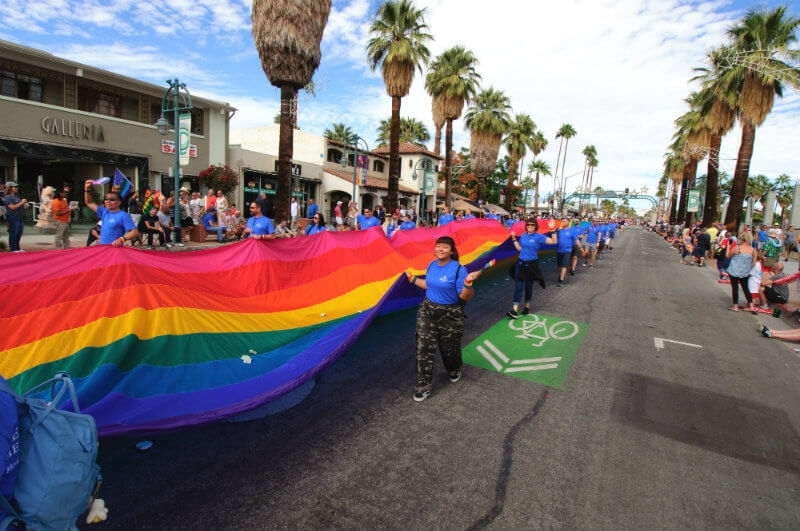 When it comes to LGBTQ hotspots in North America, Palm Springs is one of the frontrunners. It comes as little surprise then that its annual Greater Palm Springs Pride is an absolute hoot. While it may take place in Fall, there’s nothing cold about this pride. Expect loads of artists, DJs, musicians, activists, and dancers. 2019 marks the 33rd edition of the popular pride, and this year’s main themes are solidarity, diversity, and equality. 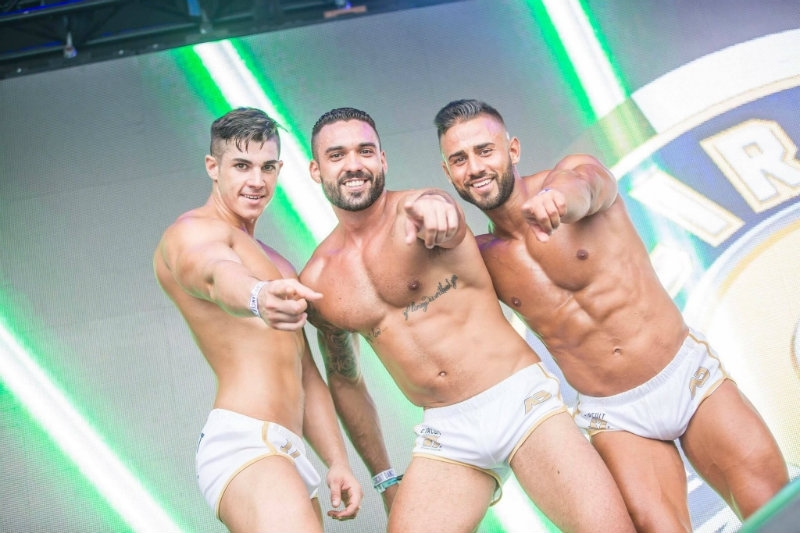 Circuit is a household name when it comes to top gay parties throughout the year, and this Fall you can look forward to an installment in Miami. Kicking off at the end of November and organized by Matinée Group, Circuit Festival Miami promises five days of incredible parties and loads of new people to meet. The program is still to be released, so stay tuned for details. On thing is for sure though, this will really turn the heat up this season, so be sure to attend.

Heading to Europe any time soon? Get some inspiration from the Best gay events in Europe this Autumn 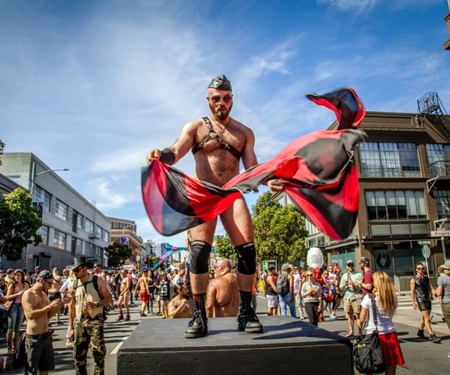 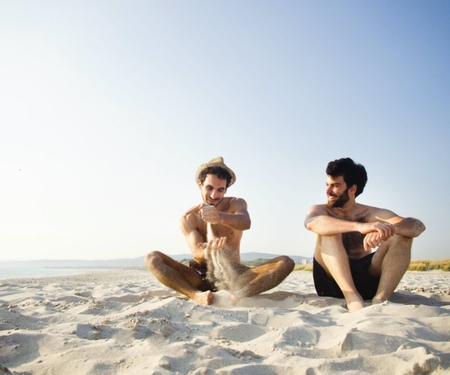 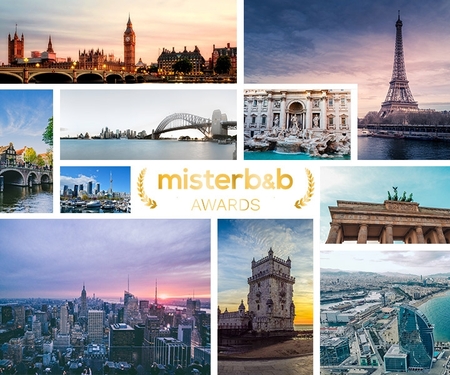 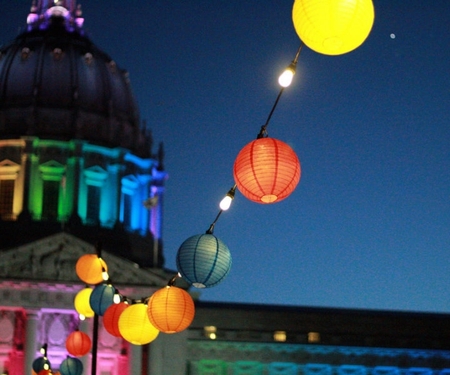 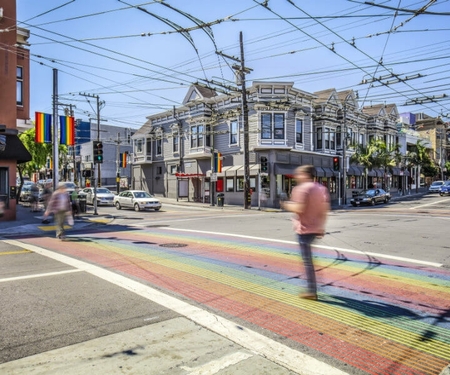 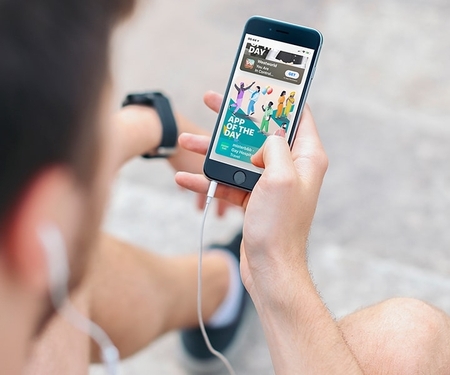 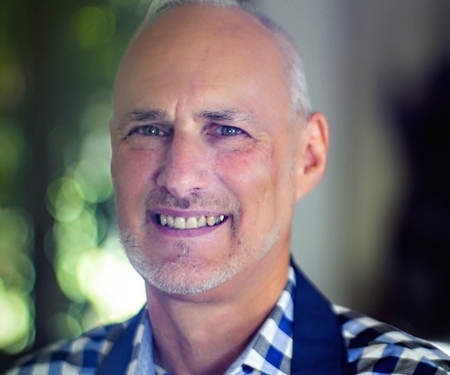 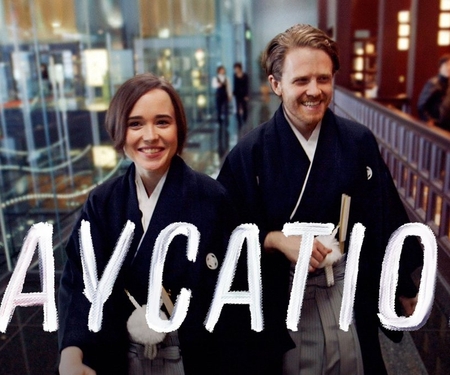 Gaycation - Living for the Gay Community all over the World
Reactivate my account
Book your next gay trip with misterb&b and be welcomed in 1 million LGBTQ-friendly accommodations in 200 countries Search now
By using this website, you consent to the use of cookies for analytics purposes