Experience your pride in global proportions!

Following the success of previous World Prides, the iconic event will be returning in 2019 to the city of New York. NYC Pride is good at the best of times, but this year will welcome a larger-than-life LGBTQ celebration which will take place for the entire month of June. This will be the first time in World Pride’s 20-year history that the event will be hosted in the United States, and with more than 50 different events scheduled, the Big Apple is guaranteed to make history with one momentous celebration.

2019 marks the 50th anniversary of the Stonewall Uprising and a half-century of LGBTQIA+ liberation, making this World Pride in New York a little different from previous ones. To honor this moment in time, the event will be affectionately regarded as both World Pride 2019 and Stonewall 50. The largest Pride event in the world, World Pride will be curating different events throughout the city, ranging from parties, rallies, and of course an incredible Pride Parade.

This will be World Pride’s sixth edition, having previously taken place in cities including Jerusalem, Toronto, and most recently Madrid. The theme for this year’s World Pride will be ‘Millions of Moments of Pride’, which aims to reflect the invaluable and unique moments a person will experience during any given Pride happening around the world. Along with this unique theme, World Pride 2019 will honor the 50 year anniversary since the Stonewall Uprising.

In the early hours of June 28, 1969, the police raided the Stonewall Inn, a dark gay bar in Manhattan’s Greenwich Village. Bar staff were arrested for serving alcohol without a liquor license, along with anyone who was wearing less than three items of clothing. The riots continued outside the Stonewall Inn for a subsequent five days, with many people from the LGBTQ community condemning the violent attacks. Stonewall soon became a symbol of resistance to social and political discrimination, with members of the LGBTQ community creating force in numbers, and demanding recognition and equality.

In 2019, the Pride Parade NYC will kick off at 12 noon on June 30, and as per usual it will include plenty of floats, demonstrations, and overall revelry. The Pride Parade will conclude with an incredible closing party in Times Square from 7pm to 10pm, with a live performance by Grammy-Award winning singer-songwriter, Melissa Etheridge! The very first Pride in New York took place in 1970, and since then, the annual occasion has continued to build momentum, uniting the community over various pertinent issues, including LGBTQ equality and a fight against AIDS. Last year, more than 100 floats of activists, community organizations, and even political candidates took part in the celebration of life and community, making Pride NYC 2018 one of the largest and most exciting parades in history.

While World Pride will culminate to the Pride Parade on June 30, the entire month will welcome many other events in Manhattan and beyond. Highlights include PrideFest, the World Pride Opening Ceremony, and legendary Pride Island. News has just dropped that Madonna will also be making a much-anticipated appearance at Pride Island on Sunday, June 30, where she is expected to perform a series of hits. Other headline acts during WorldPride NYC also include Cyndi Lauper and Ciara. Pride Island also has a history of attracting the biggest performers of any Pride in the world, and 2019 will see the party illuminate Pier 97, in the heart of Hell’s Kitchen. Previous acts have included Cher, Ariana Grande, and the late Whitney Houston, and while next year’s line-up is yet to be released, history tells us it’s likely to be good.

World Pride is a global celebration that promotes and aims for equality and liberty of people from the Lesbian, Gay, Bisexual, Transgender, and Intersex communities. It brings together people from different walks of life on a global scale, who collectively rally for freedom and human rights. Will you be a part of this next momentous event in NYC? If you’re planning to attend World Pride 2019 in New York, get in early and secure your misterb&b in the Big Apple now.

NEW: You can also book gay-friendly hotels in New York with misterb&b!

Perhaps the most iconic of all was WorldPride in NYC, which transpired for the entire month of June in 2019. Celebrating 50 years since the Stonewall Uprising of 1969, WorldPride NYC colored the Big Apple with entertainment ranging from PrideFest, Pride Island, and of course the momentous Pride Parade, which saw an estimated attendance of 4.5 million people. The special event welcomed big-name guests, including Madonna, Cyndi Lauper, and Ciara. With the slogan, ‘Millions of Moments of Pride’, people were asked to recognize the invaluable and unique moments a person will experience during any given Pride through this shared celebration.

We know 2021 is still a long way off, but if you can’t make WorldPride Copenhagen, don’t despair. Australia recently won the bid to host WorldPride 2023, in a fierce competition with Houston and Montreal. Securing 60% of the vote, Sydney will be the first city in the Southern Hemisphere to host WorldPride, and with a strong history of pride reflected in its annual Sydney Mardi Gras, we expect this installment to be next level! 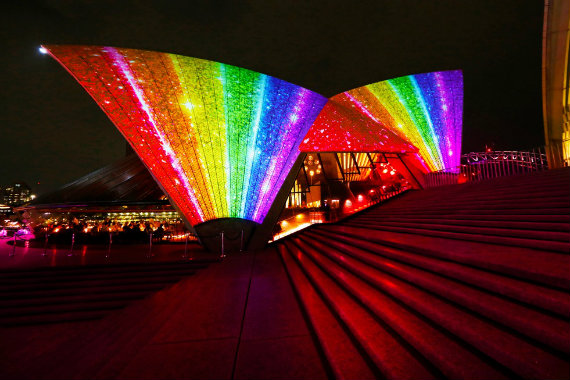 WorldPride is more than a party, it is a political celebration that honors pride in every shape and form. It encourages everyone to pay tribute to those who came before us during the Stonewall Riots of 1969 in New York who fought for the rights we can enjoy today. By embracing every shade of the pride rainbow, and approaching life beyond the confines of black and white, you too can experience a more welcoming world, and enjoy your pride at WorldPride 2021 - just as every other day.