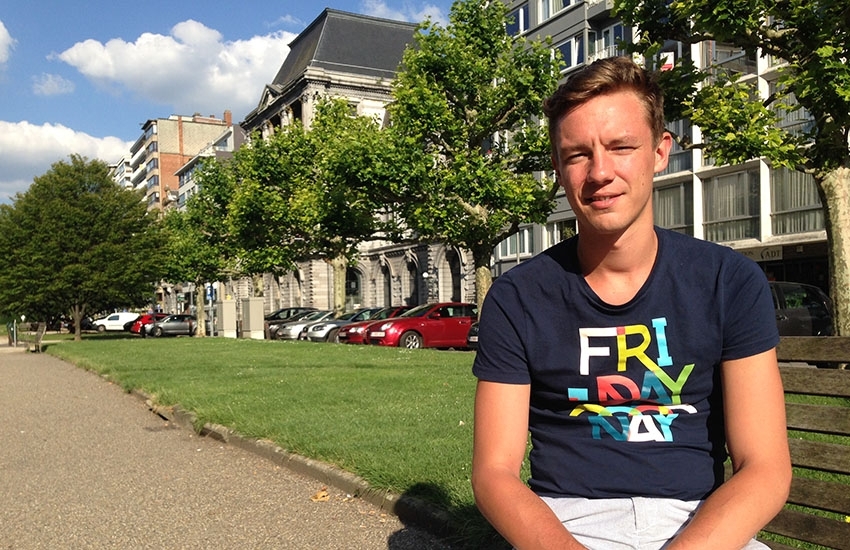 Liège, the "burning city" ("cité ardente" in French) is one of the oldest cities in Europe. After difficult times in the 80s, the city is now one of the cultural flagships of modern Belgium. Between tradition and modernity, Liège has nothing to envy of its rivals Brussels and Antwerp. We went to meet the people that make of Liège one of the new gay spots in Europe. Vincent Bonhomme, from La Maison Arc-en-ciel, is one of those who help to boost the city. Liège's new station Guillemins was inaugurated in 2009. Designed by architect Santiago Calatrava, it is the symbol of the revival and modernity of the city.

Can you introduce yourself briefly?
Vincent Bonhomme: my name is Vincent Bonhomme, i'm the project coordinator at Arc-en-Ciel Wallonie (Walloon Federation of LGBT associations) and also President of Alliage - Maison Arc-en-Ciel de Liège.
I work on LGBT matters for almost 6 years as a volunteer but I also do it for a living since February 2010 (within Arc-en-Ciel Wallonie).
I work particularly on certain political issues: national plan against homophobia, programming sexuality education in French-speaking schools in Belgium, plan to fight against HIV and other more technical issues (Belgium is a federal state, it always complicates things a bit). The Royal Opera of Wallonia, Liège, renovated in 2012, is the epicenter of the cultural life of the city.

What are the highlights of Liège gay life?
VB: There are two highlights for gay life in Liège. First, the Arc-en-ciel week, a yearly associative initiative around May 17. The emphasis is very cultural with exhibitions of paintings, prints and / or sculptures, conferences, literary cocktails, a LGBT quizz... A dozen activities are organized within two weeks, around the Belgian Gay Pride in Brussels, around May 17. And of course, the fun is also here since we take this opportunity to organize one of our Tea Dances at the Liège Congress Hall. There are nine tea dances a year at the Palais des Congrès, from 5PM to 11PM. This is a very special night here, with between 350 and 400 people each time, from 18 to 80 years, men and women and trans, twinks, bears, butches... a real mix which we are quite proud of I must say.

The other highlight is when school starts again beginning of September. This is a more commercial initiative. Here, gay and lesbian bars are spread throughout the city, there is not really a gay neighborhood, although some places are clearly hyper gay-friendly. But in early September the Cathedral Square becomes the epicenter of Liège's gay and lesbian life. The owner of the Relax café organizes a full day of drag queen shows, singing and other activities, not to mention the presence of an associative village.

And finally, this year, there will be a third highlight, since we will celebrate the 10th anniversary of the Arc-en-Ciel House. With support from the City of Liège, we will have an excellent program: auction of works by artists who have exhibited at the Arc-en-Ciel House (including Arnaud Roy who came there a few weeks), there will be the exhibition of a Russian photographer who has been wandering in the drag cabarets in Sochi during the winter olympic games (ask for another look at Putin's Russia), there will be a trio of contemporary dance led by a Liège choreographer that has been touring around Europe (Samuel Delvaux) and finally a very colorful drag queen show. All that will be organized during the Nocturne des Coteaux de la Citadelle, which is a major event in Liège with nearly 30,000 people in 2013.

The palace of the Prince Bishops is the former seat of power at a time when the city was independent.

How many gay and gay friendly venues can we found in the city?
VB: The number varies over time, but let's say around twenty spots, which for a city the size of Liège is huge! In fact, the offer is diverse enough so that everyone finds something that suits him or her. If you like a warm atmosphere and good wine, there is the Ange Vin on the the Place du Marché. Perfect for a quick drink after work or a snack at noon. And the boss is full of humor. Right next to it, for the cocktail aficionados, there is l'Amusoir. It is very gay-friendly and the boss is quite successful among gays lol. Later in the evening, for twinks or young thirty something, the Sweet is the new trendy bar. For a more offset atmosphere, more relaxed, where you can really let go on retro tunes, then go to the Moustache club. Get there preferably on weekends. For the very young, there's also the Célest'in. Then there is the Code Bar. And of course, Spartacus, with the only real darkrooms. There are also two saunas (a very gay one, l'Aquari'hom, and another that is more gay-friendly), one or another clothing store, two porn cinemas, two or three cruising areas... Well, there are really plenty gay things to do. The market of La Batte is the oldest in the country. This is where people stroll every Sunday on the banks of the river Meuse.

What activities would you recommend a tourist who discovers the city for the first time?
VB: The best thing is to first download the Gay Wallonie app. And see what's around. Go eat something in a gay-friendly restaurant, chat with the boss, and learn about what's on. Then stroll in the Boverie park and the streets of Coteaux de la Citadelle, check the Theatre, Opera or Orchestra program, sing in a cabaret, discover Guillemins station designed by Calatrava. The Liegeois have a reputation of being rebellious and warm. I think Liège is really worth seeing. Along the Meuse river that passes through Liège, you can admire the houses and architecture that make the beauty of the city

what about the development of a "gay business" in Liège and the region?
VB: I don't know how to address this issue of "gay business" because I think it suggests a particular profile, a white young man, with financial means, kind of neat. I would say that there are gay businesses here, some are rather lesbian, others are more for those who love to sing or dance or flirt, those who prefer a one-night stand, those who prefer chatting in the corner of a bar, those of prefer Petula Clark or Miley Cyrus, fans of movies and opera... You can't limit the offer to one profile in particular, in general and especially here in Liège. Everybody will find something to his taste.

Why would you recommend Liège instead of Brussels?
VB: Liège is a stone's throw from the Netherlands and Germany, Liege is smaller, friendlier, cheaper... and frankly, the Liège waffles are much better than Brussels waffles Read also our feature about the Belgian Ardennes, a great region to discover next to Liège and relax in the green

Who'll be your next misterb&b host in Liège? 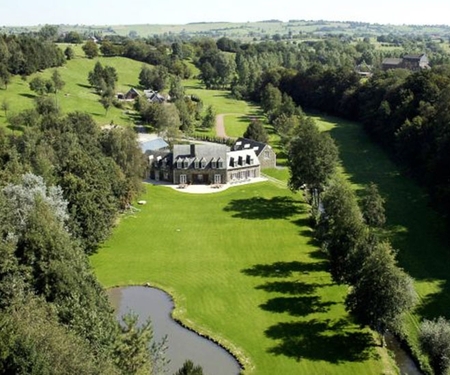 A gay friendly stay in the Belgian Ardennes
Reactivate my account
Book your next gay trip with misterb&b and be welcomed in 1 million LGBTQ-friendly accommodations in 200 countries Search now
By using this website, you consent to the use of cookies for analytics purposes