Réunion: a gay-friendly stop in the Indian Ocean
by Marc Dedonder 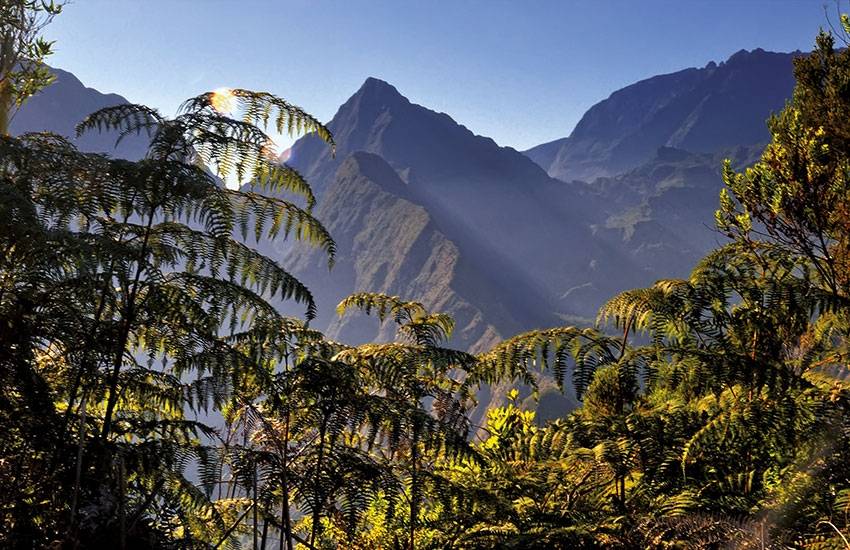 In the North is the capital city, St. Denis. In the South, the wild coastlines and the volcano with its lava flows plunging into the ocean. In the West lays the lagoon and the most beautiful beaches, from St. Paul to l'Etang Salé. And in the center, the spectacular landscape of the Cilaos, Mafate and Salazie circuses.

Réunion is a French territory in the heart of the Indian Ocean. It’s located less than 200 kilometers from Mauritius. Both islands share common geological history. But Réunion offers much more than just miles of sandy beaches. With a peak at over 3,000 meters, a landscape shaped by volcanic activity and more than 200 microclimates, the island is a paradise for those who like it wild: hiking, mountain biking, quad, canyoning, paragliding, diving, fishing... you can practice any of these activities on the island.

And compared to its neighbors (Mauritius and Seychelles), where homosexuality is still banned, Réunion seems to be a gay-friendly haven in this part of the world, for tourists at least.

In 2007, the tourism authorities succeeded in gathering tour operators, hotel, bar and restaurant owners and other professionals and launched a gay-friendly welcoming charter. You will easily recognize these professionals thanks to the rainbow sticker pasted on their windows.

In the south, the volcano

From its height of 2,600 meters, the Piton de la Fournaise arises as the patron of the island. It's one of the most active volcanoes in the world. To access the volcano, a small forestry road winds its way from the village of Bourg Murat. After bucolic and alpine landscapes, vegetation becomes rarer. From the Plaine des Sables, jagged black rocks and red sand make it become very lunar. Then, at the foot of the volcano, you can settle for a photo stop impressive silence. Or, just go further and climb the mountain, if you have good shoes, some water and sunscreen.

Don’t be fooled by clouds and fog that you may have to cross while climbing. A little further up, the volcano may well be perfectly clear! Plan a good day out, because after watching the volcano from the center of the island, it is highly recommended to observe the results of its angers, and drive to the other side, on the eastern coast. Between St.e Rose and St. Philipe lays the natural enclosure in which the lava flows towards the ocean.

The national road, completely rebuilt after the 2007 eruption, drives between huge walls of steaming lava on which vegetation is already starting to grow back. South of this area, in a spot called Puits Arabe, earth and water clash in a titanic battle, where the white foam comes crashing against the cliffs of black lava. Impressive. This rugged coastline extends to St. Pierre, the southern capital. It's here that you will find one of the finest hotels on the island, the Palm Hotel & Spa. Located directly above the Grand Anse Beach, this 5-star hotel offers spectacular views on the beach. The beach isn't ideal for swimming, because of the waves and currents, but perfect for sunbathing or a picnic. From the terrace of the hotel, you may be lucky enough to watch whales off the coast, from June to September.

In St. Pierre you can also find Villa Belle. Eric and Antonio have been welcoming guests for 10 years in this gay-friendly sixroom luxury guesthouse, coiled in the heart of a 3,000sqm lush garden. Higher in the mountains, Franck and Lionel welcome you to Tipalais, their gay-friendly cottages and apartments.

But most of the tourist life is concentrated in the western part of the island, between St. Paul and Etang Salé, where the coral reef created the lagoon and 24 kilometers of pristine beaches, among them two popular gay beaches. Take flight for the view of your life

When in St. Leu, just look up and you will immediately understand that this spot is the perfect spot for paragliding. As Franck, from Club Alizé Parapente, tells us, aerology is excellent here, with almost 300 days a year when you can fly.

This is the perfect opportunity to experience a first flight, in duet with your monitor. The launch point is located at an altitude of 800 meters. After a little adrenaline rush at take off, you will find yourself spinning over the lagoon. And you will immortalized this thrilling moment with some spectacular pictures.

Yves has been running Bleu Marine, a scuba diving center for 17 years: "There's no need to go far, neither deep to enjoy the show. Just past the reef, the most beautiful dives occur between -3 and -25 meters," he assures us. The water temperature varies between 23 and 29 degrees throughout the year. The technical and logistical conditions are as good as in Europe (a decompression chamber is located in St. Pierre, just in case). Scuba diving is intended for everyone, beginners or qualified divers. Much has been said about tiger shark and bull shark attacks in recent months. The red flags flanked by a threatening shark figure floating on the beaches of St. Gilles or Boucan Canot are there to remind swimmers and surfers to be vigilant. But there are other animals in Réunion waters that will reconcile you with marine wildlife.

Take a day out to sea and you'll almost guaranteed to encounter dolphins or turtles. And from June to September, you'll most likely enjoy the magical show of mother whales playing with their calves in the warm waters of the Indian Ocean.

Hermitage and St. Gilles are also the epicenter of nightlife in the western part of the island. Clubs, bars and restaurants are found along the lagoon. Coco Beach is a good choice for cocktails or evening barbecues. O'Casier is a gay-friendly restaurant where traditional French cuisine mixes with southern hemisphere spices.

Go to the capital city St. Denis if you want to experience gay nights at the Zanzibar or at the Boy’s, the island’s only gay club, on Friday and Saturday evenings. Oxygen Sauna in In St. Paul is a gay-friendly bathhouse. Apart from these places, the night is quite mixed, as you will experience at New Port’s or Shamrock's in St. Pierre.

If you want to embrace the island in all its dimensions, then you’ll need to take some height and opt for a helicopter ride. In a 45-minute flight, you’ll cross the island from one side to the other, from the lagoon to the volcano and discover the fascinating view over Réunion famous three circus. These are the result of the collapse of Piton des Neiges’s magma chambers.

The Malafate circus is the most impressive. It’s almost isolated from the world, accessible only by foot or helicopter, with its tiny villages clinging to the mountainside. It’s a delight for hikers. The Cilaos circus is another paradise for hiking, canyoning and mountain biking. It’s the sunniest of the three circuses. Last, Salazie circus is the most accessible one, the most luxuriant, with its rainforest and spectacular waterfalls.

The best time to go is after October: November marks the beginning of the high season, with the end of the austral winter. After Christmas starts the hurricane season, which is warmer and more humid. But whatever the time, local weather forces to get up early! The sky is often mild in the morning and begins to load mid-morning. This is something you should have in mind before practising any air activity or mountain tours. Breathtaking landscapes on the inner island

Another tip, whatever activities you want to practice, is to plan them at the beginning of your stay. In case of bad weather, including strong winds, you'll probably need to reschedule your paragliding, jumping, diving or helicopter rides!

As you may have understood by now, you'll not travel to Réunion just to rest and peacefully sunbathe on a deckchair! On land, out at sea or up in the air, you can practice sports, discover the wilderness and fully enjoy the amazing landscapes and wealth of the island. And be sure that you will bring some tasty souvenirs back with you, including vanilla pods or a few spices bought in a market.

Is Réunion a truly gay-friendly destination? According to Stéphane Ducamp, a local gay activist, homophobia is still strong on the island, especially among the Creole population, where homosexuality may be considered as a "white" thing (for tourists and French expatriates). But not everybody agrees on that. Especially not the proponents of the gay-friendly welcoming charter, who feel that this has been made possible precisely because of the very tolerant spirit of most local professionals.

Yes, there are gay and gay-friendly places here. Plus, local tourism authorities have been doing a lot to educate local professionals to the needs of gay travelers. This, and the natural beauties of this French tropical paradise, should convince you to discover this destination very soon. 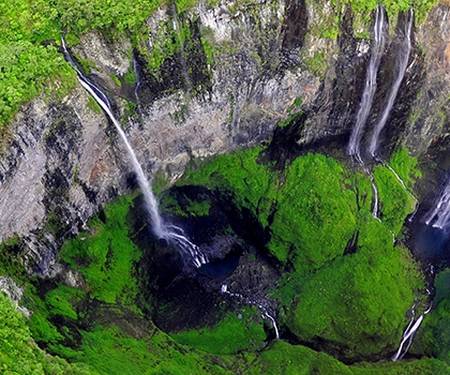 Reunion voted Top Dream Island of the World by wayn.com