Israel, apart from the gay bubble
by Matthieu JOST 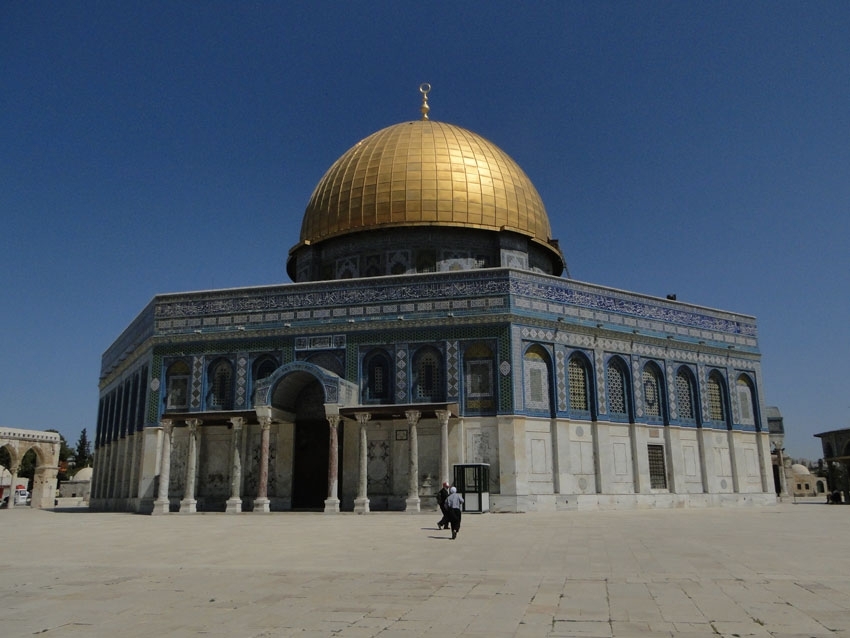 Constantly in the spotlight, Israel is yet not only about the never ending Israeli-Palestinian conflict. But it is a country full of paradoxes, which oscillates between secularism in Tel Aviv and religious radicalism in Jerusalem, between tradition and modernity, between sea and desert.

With the exception of the Palestinian Territories and ultra-Orthodox Jewish communities, the country is pretty tolerant and welcoming to gays. But if you are to spend your vacation in Israel, you must venture outside the hedonistic, festive and really gay-friendly city of Tel Aviv.

Jerusalem : a must-see
Object of all conflicts, the Holy City is the most visited place in the country. If you come here for spiritual reasons or not, you will not stay insensitive to this city rich with extraordinary history. As a symbol of the Israeli-Palestinian conflict, it houses three of the most sacred places of Judaism, Christianity and Islam: the Western Wall, a remnant of Solomon's temple, the church of the Holy Sepulchre where Jesus was resurrected, and the Dome of the Rock, the site of Abraham's sacrifice on the Temple Mount. 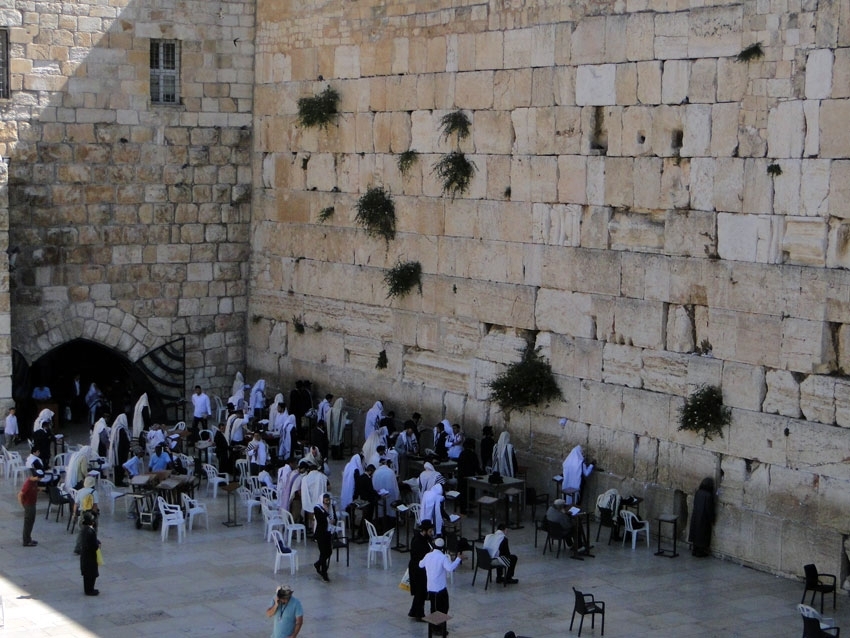 The old town, divided into four separate quarters - Jewish, Armenian, Muslim and Christian - is a maze of cobbled streets full of souks, pilgrims and tourists. It's pretty nice to get lost , but you will quickly feel tht you’ve seen it all once you have visited its main monuments. 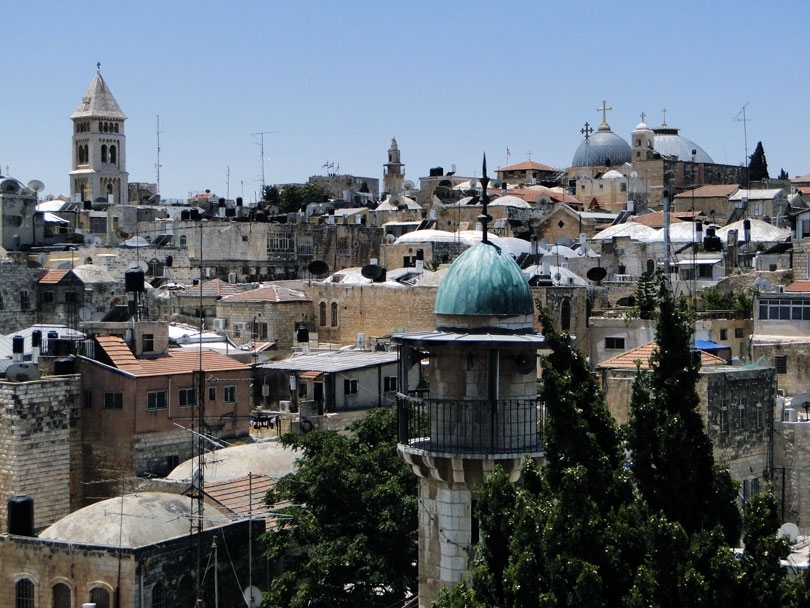 It is in the new city that the heart of modern Jerusalem beats. There you will find the Israeli parliament, the Knesset, and just across the Israel Museum, recently renovated and directed by James Snyder, former curator of the MoMA in New York. Its modern buildings are home to a rich collection of prehistoric archeology in the modern era. Above all, the museum possess biblical relics and rare manuscripts, including the famous Dead Sea Scrolls. 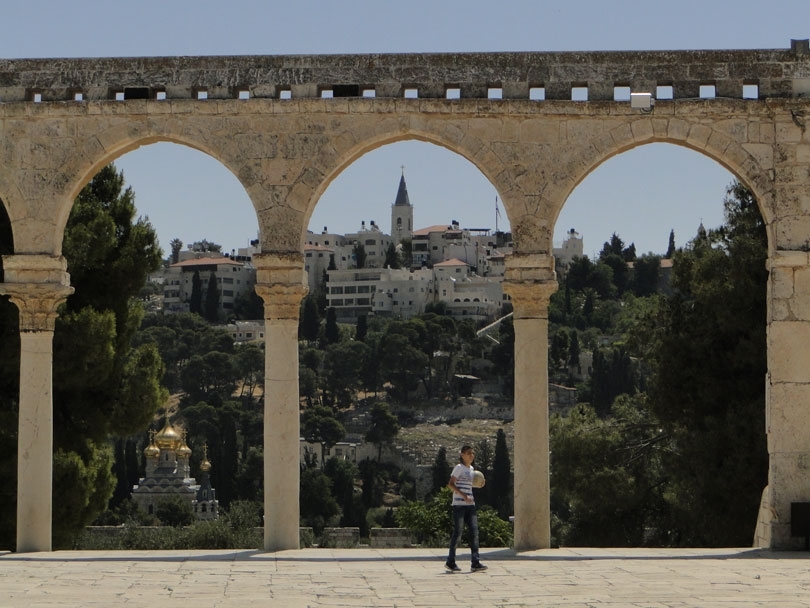 The nightlife is concentrated in Western Jerusalem, around Jaffa and Ben Yehuda streets and near the Mahane Yehuda market. There are many famous restaurants and the few gay places to be found in the Israeli capital. Except for the Jerusalem Open House, the local LGBT center, gay Jerusalemites go to the Tmol Shilshom restaurant, to the Video Bar and to Ha'Mikve bar, with drag queen shows. The Cinematheque, near the old station is also known to be a cruising place, as well as the University of Jerusalem.

Extreme natural landscapes
From Jerusalem, one road leads to the Dead Sea. It runs along one of the largest and most disputed Jewish settlements in the West Bank, Ma'ale Adumim, before reaching the Jordan plain, wihich marks the border with Jordan, and the Palestinian city of Jericho. The latter is both one of the oldest cities in the world with remains dating more than 9,000 years back, and the lowest city in the world at 260 meters below sea level

After leaving Jericho, one quickly discovers the Dead Sea, a vast expanse of bluish milky water milky, lost in an arid and désert landscape burned by the sun. The road runs along the sea to the south through the beaches where Israelis and tourists come to enjoy the therapeutic benefits of this unique sea. This is the lowest point on the planet at 417 meters below sea level, and the salt rate in the water is the highest in the world. 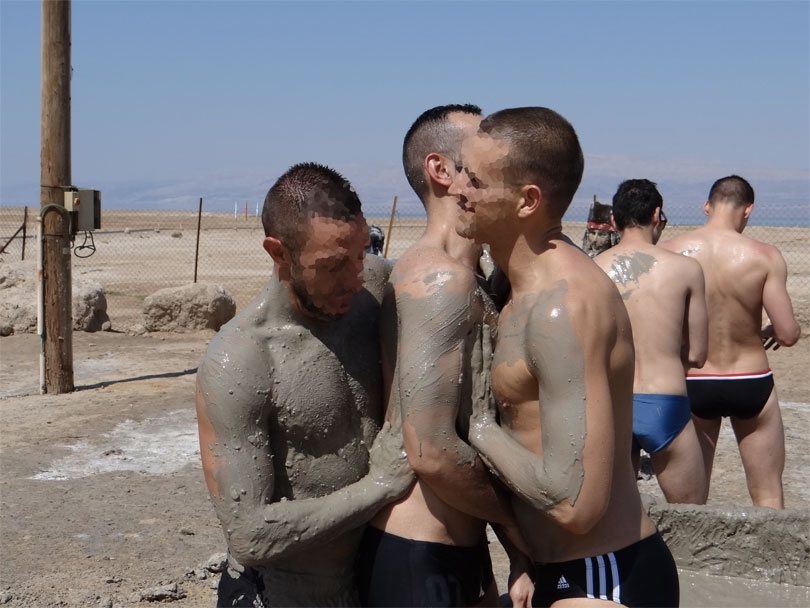 The Judean Desert, which covers the Dead Sea, is home to other natural history sites, such as the fortress of Masada, a rock symbol of Jewish resistance against the Romans. Continuing south, the road leads to another much larger desert, the Negev Desert. Arid landscapes and huge natural craters, such as Makhtesh Ramon, give the impression of being on the moon. Recently, the Negev desert became the favorite playground for lovers of outdoor activities such as hiking or biking. Hotels located at the edge of the crater offer many activities to explore this hostile territory, which, in ancient times, saw Nabataeans pass on the Incense Road.

Today, you will come to rest and meditate before joining the resort of Eilat on the Red Sea or go back north to Tel Aviv and its intense nightlife ...

The best period to visit Tel Aviv is for pride. Every year, thousands of people are coming to Tel Aviv to party and celebrate LGBT rights. 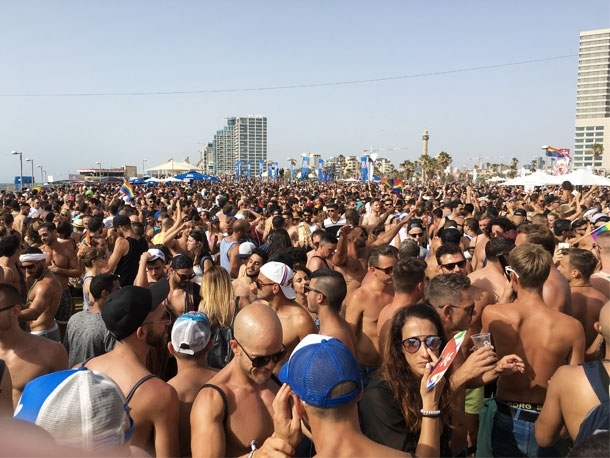 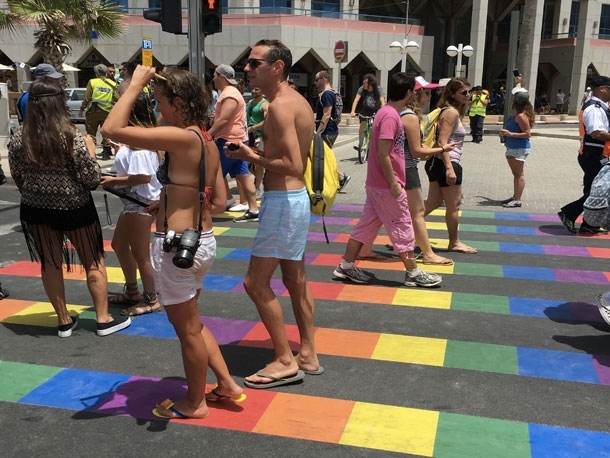 Who'll be your next misterb&b host in Jerusalem?