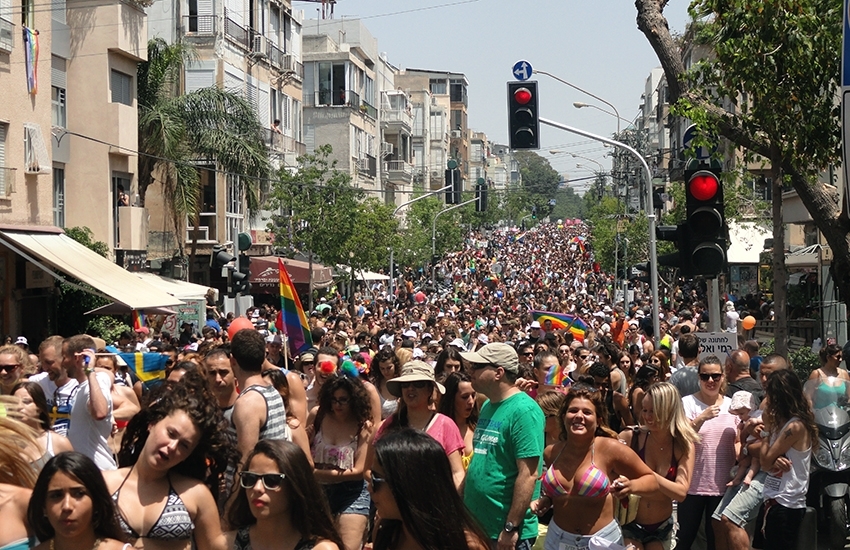 The Tel Aviv Municipality is proud and happy : no fewer than 25,000 tourists from around the world rushed to Tel Aviv this year to celebrate what became the largest event in the city, the gay pride.

Tel Aviv Pride is a full week of events, with several spots, the hottest being of course the (small) gay beach in Hilton Beach, where every square inch of sand is worth gold in this period! If you like dark skin and hairy beefy chests, this place is for you ! Every day during Pride, two party lines invite their DJs to play on the beach. Other hot spots are the Dizengoff Center, the large mall in the city center, with an exhibition and the gayest gym in town (Holmes Place); the Cinematheque hosts the first gay film festival;  the Gan Meir LGBT center and of course Tel Aviv main gay venues such as like Evita or Shpagat bars.

Year after year, Tel Aviv invests more in promoting this great event. In 2013, shops had received a rainbow flag, to hang on their windows. This year the municipality building has been morphed into the world's largest rainbow flag, with 480 colorful LED light bulbs. In all, the city has invested $ 2 million in the festivities.

In a city where the LGBTs represent 15% of the population, it's easier for Mayor Ron Huldai to delcare: "To all our residents and visitors, I say, the city of Tel Aviv-Jaffa believes in equality ( ...) We are blessed that our city is the heart of equality and  pluralism in Israel and a beacon of freedom for the rest of israeli  cities. "

To meet the ever-increasing affluence, 120 000 participants last year, the authorities have imposed a change of route. The 16th Tel Aviv gay pride parade is still expected to start in the Gan Meir park ; it will then head straight to the waterfront and run along the beach to the south of the city, on the main promenade, to Charles Clore Park, opposite David International Hotel, where the final party will take place, including a performance by Dana International.

Gay Pride in Tel Aviv is also a huge gay circuit event. Each year, the number of parties increases (prices too!) and Tel Aviv Gay Pride 2014 looks like a mini Barcelona Circuit Festival! Tomorrow for example, there’s a "Waterpark", as in Barcelona, a clubbing afternoon in Shefayim Water Park, outside of Tel Aviv, with shuttles. It’s hosted by Eliad Cohen and some of the best gay DJs.

There are mainly 3 families for Tel Aviv gay pride parties: FFF Shirazi on the one handwith 3 parties including Friday’s main event "Honey Moon" at Haoman 17 with a live act by Ultra Nate, and a Supermartxé party on Sunday at Clara Club, on the beach.

On the other hand, Forever Tel Aviv, with its superstar Offer Nissim (they call her Ofra here) who officiate at the after party on Saturday afternoon, and four other international events (Beyond, WeParty, Papa Party, The Week).

And for those who go for more manly and muscular boys, there are the five Beef parties.

All events of 2014 Tel Aviv gay pride to be found on www.tlvscene.com

And if you plan to visit, book your Tel Aviv gay-friendly accomomodation on misterbandb.com 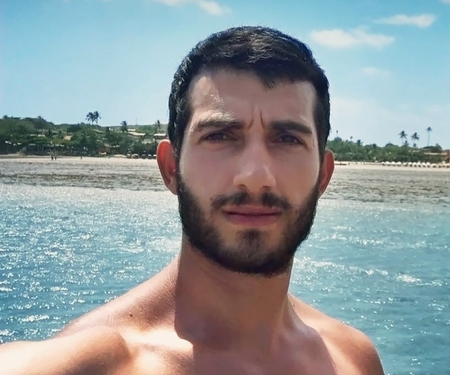 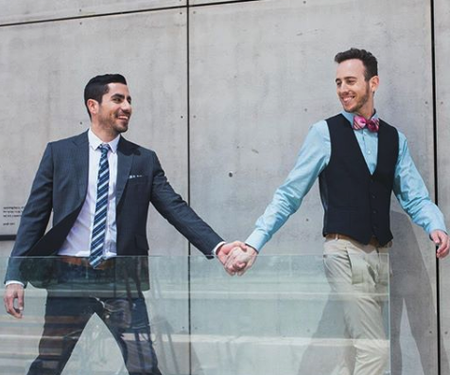 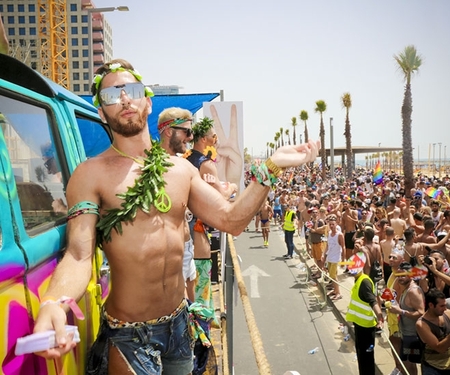 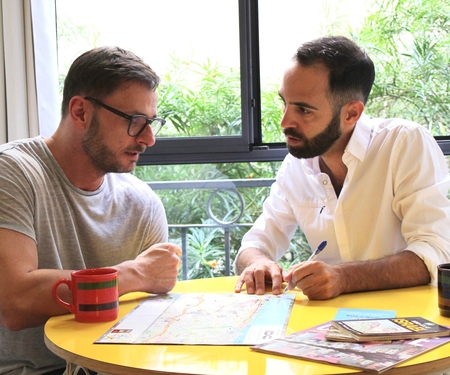 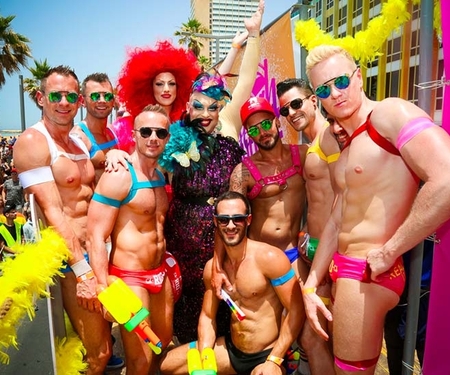 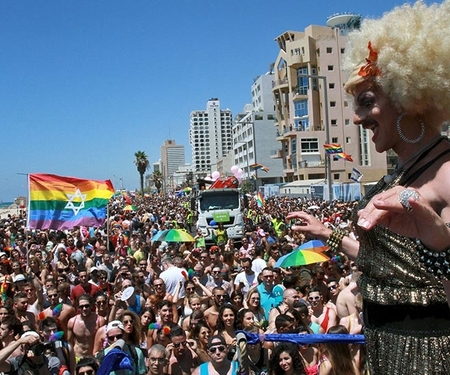 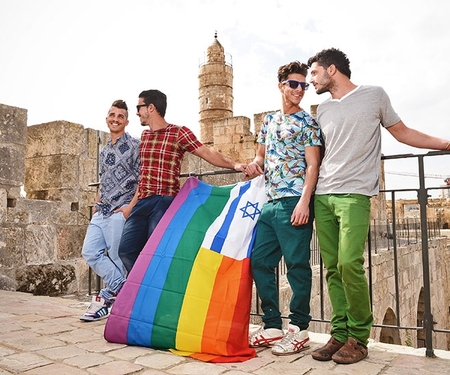 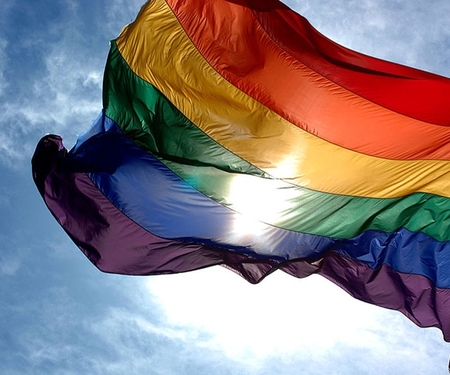 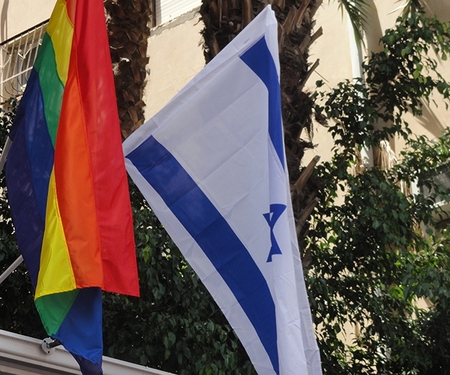 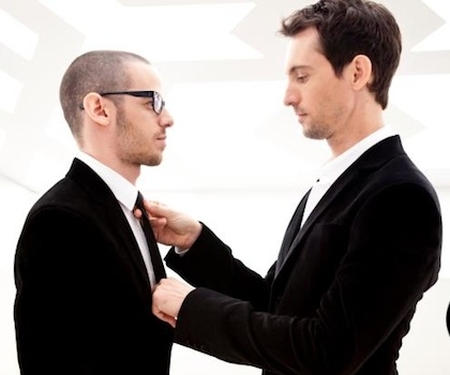