Hotel Europäischer Hof Hamburg ****
Location, services, amenities, rates, overall good reputation: these hotels are a good fit for LGBTQ travelers. We haven’t been able to vet their welcoming attitude and acceptance of the LGBTQ community yet.
This is an Instant Booking. The host agreed to automatically accept booking requests. Once your payment is processed, your booking is confirmed.
Hotel room • Hamburg
Parking
Rated Exceptional 4.9 (2 reviews)
Parking 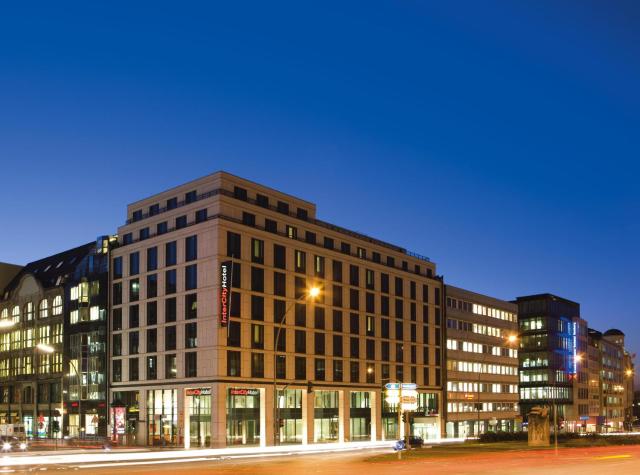 IntercityHotel Hamburg Hauptbahnhof ****
Location, services, amenities, rates, overall good reputation: these hotels are a good fit for LGBTQ travelers. We haven’t been able to vet their welcoming attitude and acceptance of the LGBTQ community yet.
This is an Instant Booking. The host agreed to automatically accept booking requests. Once your payment is processed, your booking is confirmed.
Hotel room • Hamburg
Parking
Rated Exceptional 4.84 (2 reviews)
Parking Though Amsterdam, Bruges, and Stockholm scoff at the notion, Hamburg bills itself as the Venice of northern Europe. It’s Germany’s second-largest city and is a cultural kaleidoscope that’s bursting with over 40 theaters, 60 museums, and 100 music venues. Officially named the Free and Hanseatic City of Hamburg, the gorgeous region enjoys a long history of counter-culture progressivism, and gay travelers consistently lavish it with top marks as a European vacation destination.

Finding Hamburg’s LGBTQ scene is a snap. Just make a beeline for the St Georg neighborhood, Hamburg’s principal gay village. Start the afternoon kibitzing over craft beers, cocktails, and snacks on the terrace at Kyti Voo. For dinner, snag a table at Cox, a great bistro on Lange Reihe. It has yet to earn a Michelin star, but the famed culinary guide gave it a “Bib” for “simple yet skillful cooking” under 40 euros. When the clock strikes party hour, hit up any of the 20 odd gay bars in the one-square-mile enclave. Places like M&V Bar attract a laid-back crowd, while all-night raillery can be found at dance halls like Dare.

Germans love festivals, and Hamburg Pride is no exception to the ritual. Celebrations commence mid-July and last until the month’s end. In addition to the main Christopher Street Day Parade in St. Georg, other events include Pride Night, Pride House, and the Pride Street Festival. Hamburg also plays host to niche LGBTQ community events like Leather Pride.

Be a Gay Hamburg Tourist

Architecture enthusiasts should set aside a day to admire the city’s many standout structures, such as the artistry of the neo-Renaissance City Hall on Rathausmarkt. Learn building trivia and other neat facts by joining a guided tour. On the other side of town, the Elbphilharmonie - which houses concert halls, restaurants, a hotel, and luxury apartments - is a shining example of post-modern expressionism. For breathtaking panoramic views of Hamburg, head to the plaza level and get your phones to the ready for a couple of selfies. To shop and eat in luxury amidst Hamburg’s upper crust, traipse through Neuer Wall. Later, find your way to Reeperbahn, Hamburg’s red-light district, for a stroll.

Unlike some of Germany’s other modern, high-rise cities, Hamburg isn’t a concrete jungle. Lake Binnenalster sits at the heart of the city, and dozens of small waterways crisscross the urban landscape. A pontist’s delight, Hamburg boasts nearly 2,500 bridges! Nature lovers should plan an afternoon at Planten un Blomen, a park comprised of several gardens. While there, check out Germany’s largest Japanese garden.

Make local friends in Hamburg by staying with a misterb&b host. As the premiere booking portal for gay accommodation in Hamburg, dozens of options are available and are suited to different tastes and budgets. Are you a large group in need of a gay hotel in Hamburg? No problem. Do you and your partner prefer a private room in a stylish apartment? misterb&b has options, so book your gay Hamburg vacation today and enjoy this German city of the north.