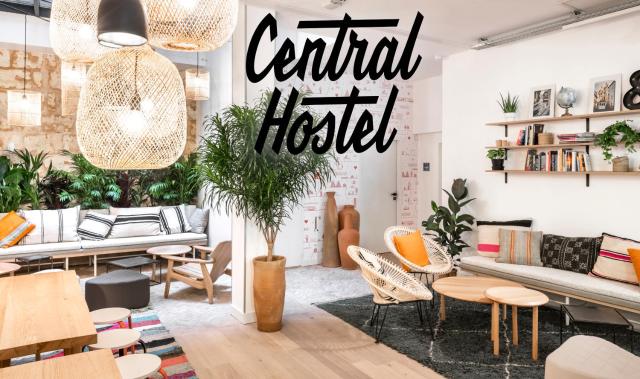 Central Hostel Bordeaux Centre
Location, services, amenities, rates, overall good reputation: these hotels are a good fit for LGBTQ travelers. We haven’t been able to vet their welcoming attitude and acceptance of the LGBTQ community yet.
This is an Instant Booking. The host agreed to automatically accept booking requests. Once your payment is processed, your booking is confirmed.
Hotel room • Bordeaux
Rated Exceptional 4.84 (1 review) 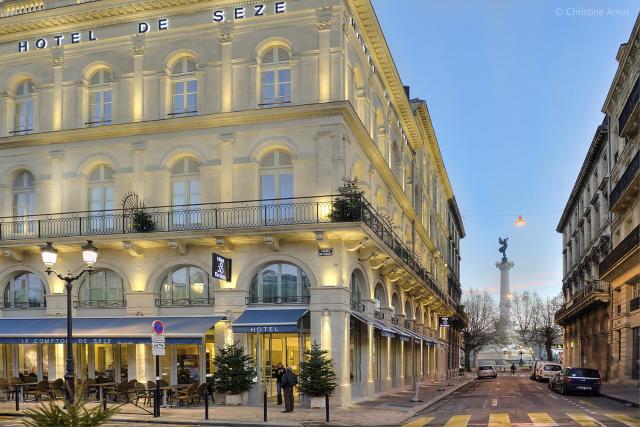 Hôtel de Sèze & Spa Bordeaux Centre ****
Location, services, amenities, rates, overall good reputation: these hotels are a good fit for LGBTQ travelers. We haven’t been able to vet their welcoming attitude and acceptance of the LGBTQ community yet.
This is an Instant Booking. The host agreed to automatically accept booking requests. Once your payment is processed, your booking is confirmed.
Hotel room • Bordeaux
Hot tub • Parking
Rated Exceptional 4.84 (1 review)
Hot tub • Parking

Welcome to gay Bordeaux, the most famous wine region in France. Also known as ‘The Port of the Moon’, for its splendid location on a crescent-shaped portion of the Garonne River, Bordeaux is the perfect blend of provincial antiquity and urban sophistication. Whether you’re into fancy wines from a 15th-century estate or you just want to party in the gay bars, Bordeaux has something to satisfy the palette of gay travelers who appreciate elegance...and decadence. From the Rayonnant-Gothic spires of the medieval Basilique Saint-Michel to the ultra-modern gay haven Sauna Saint-Jean, gay Bordeaux awaits.

The Saint Pierre District is the gay area Bordeaux offers, as well as the city’s historic center. Don’t be misled by the grandiose gothic architecture - you can party hard in Saint Pierre. Settle into one of the area’s many fantastic restaurants like Les Voûtes - a low-lit, cobblestone hideaway near the Place de la Bourse. Try the famous Foie Gras, then hit the neon-lit dance floor of the nearby Traxx Cruising Club, where you’ll find half-naked men in bondage leather, bumping the night away. From chic elegance to down and dirty nightlife, Bordeaux has it all. You might just wind up lucky with a Pierre in Saint Pierre...and here’s how!

Le Trou Duck Bar is your go-to for happy hour specials, small plates, and afternoon beers. Many Bordeaux bars open after 7pm, which makes this a mellow place for gay men to pre-game during the day before a night of rowdy reveling. When the sun goes down, Le Trou Duck becomes one of the premier spots for gay nightlife in Bordeaux, with regular drag shows featuring laser lights!

Coco Loko is the straight-up party spot in Saint Pierre. House specialty cocktails flow, budget beers abound, and the dance floor pumps all night long. This is where the young college crowd comes to get wild, as the name suggests. If you’re a twenty-something looking to let off some steam in one of the hottest gay bars Bordeaux has on offer, you’re sure to end up at Coco Loko.

For something a little more grown-up, check out Cafecito on Rue Parlement Saint-Pierre. Located in a charming cobblestone alley, Cafecito is your destination for late-night tapas and wine. Impressive charcuterie plates, brie cheese and vintage Bordeaux wines in the historic city center make this romantic hideaway a sanctuary from the hardcore party crowd.

Over 6,000 people flock to the historic city center each year in mid-June to celebrate Gay Pride Bordeaux - an LGBTQ bash that takes over the streets along the scenic banks of the Garonne River. Of course, you'll need a gay-stay at the finest gay hotel Bordeaux can give a man…

Located on the Rue Vital Charles in the city’s historic center, L’Hotel Particulier lives up to its name as a ‘very special hotel’. With rooms starting at just $99 per night, this four-star stay comes at a bargain rate. Just a step away from gothic marvels like the Saint Andre Cathedral, and close to the gay nightlife of Saint Pierre, L’Hotel Particulier is the premium gay accommodation Bordeaux has to offer. If you like the idea of connecting with gay local hosts, you’ll be pleased to know there are also loads of misterb&b apartments in Bordeaux, with hosts at the waiting for your next trip. Book your stay now, and enjoy France’s statuesque city in the south-west.