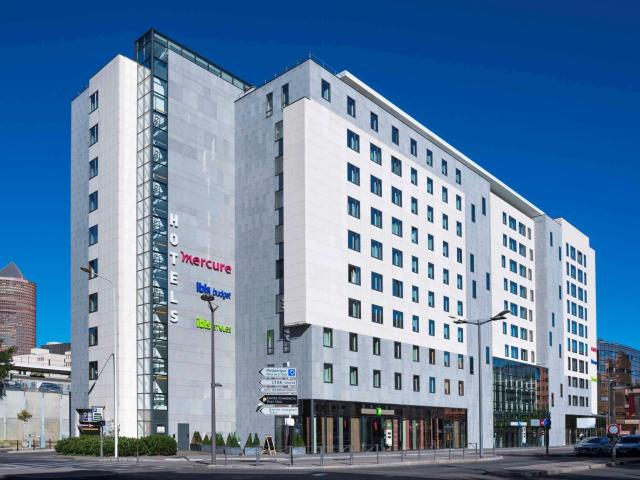 Ibis Budget Lyon Centre - Gare Part Dieu **
Location, services, amenities, rates, overall good reputation: these hotels are a good fit for LGBTQ travelers. We haven’t been able to vet their welcoming attitude and acceptance of the LGBTQ community yet.
This is an Instant Booking. The host agreed to automatically accept booking requests. Once your payment is processed, your booking is confirmed.
Hotel room • Lyon
Parking
Rated Exceptional 4.76 (1 review)
Parking 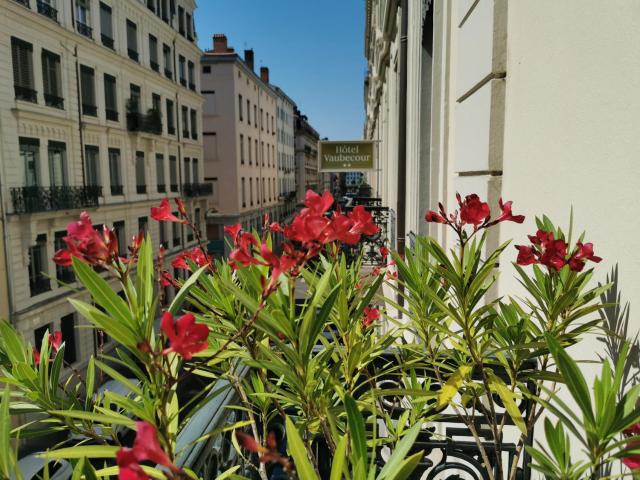 Hôtel Vaubecour **
Location, services, amenities, rates, overall good reputation: these hotels are a good fit for LGBTQ travelers. We haven’t been able to vet their welcoming attitude and acceptance of the LGBTQ community yet.
This is an Instant Booking. The host agreed to automatically accept booking requests. Once your payment is processed, your booking is confirmed.
Hotel room • Lyon
Parking
Rated Exceptional 5 (2 reviews)
Parking

Although Lyon may be the third most populous city in France, Gay Lyon remains a hidden gem filled with some of the best museums, nightlife, and cuisine perfect for an LGBTQ getaway. Located to the east of France, and just two hours from Paris by train, Lyon is the ideal spot to visit for a weekend gaycation. While it may be best known for it gastronomic culture, Lyon is also teeming with many gay bars and clubs, keeping the local LGBTQ scene afloat.

Lyon has plenty to offer for the gay traveler. The district that is popular for the LGBTQ community is Les Pentes de la Croix Rousse. This neighborhood clings to a hill, making the steep slopes one of its major characteristics. In fact, ‘les pentes’ literally translates to ‘the hills’. Ancient Roman remains can be found here, as well as historic churches, Renaissance buildings, several gardens, and the Amphitheater of the Three Gauls. Many gay bars have also set up shop in the neighborhood.

Gay Lyon is at its best in Croix Rousse. Bars such as XS Bar and La Ruche (which is the oldest gay bar in the city) keep gay locals and tourists entertained, and are the perfect places to enjoy an afternoon drink. If you'd rather head to a club for a more upbeat experience, The United Cafe is a good bet. Things really heat up, however, during Lyon Pride (Marche des Fiertes LGBT), which takes place annually around mid-June. Aside from the parade, there are several other smaller events transpiring, including an LGBT comic show.

If you are looking for a more relaxed gaycation away from all the fanfare of parades and clubs, Lyon is home to both the Museum of Contemporary Art and the Fine Arts Museum. Alternatively, you might like to try one of the twenty different Michelin-starred restaurants in the city, such as the 3-star rated Restaurant Paul Bocuse. If you are in the mood for unparalleled world-class cuisine, Lyon will not disappoint.

With all the goings-on in this delightful city, the gay accommodation Lyon offers is also top-notch. Looking for a true Lyon experience in a French home? Opt for a private room, entire apartment, or villa through misterb&b, and acquaint yourself with the local gay community. If you would prefer some of the advantages that come with a hotel stay, including room service, free breakfast, and a gym, check out the gay hotels Lyon offers, and book your stay with misterb&b. Whichever option you choose, rest assured that your gay accommodation experience in Lyon will be as enjoyable as the city itself.