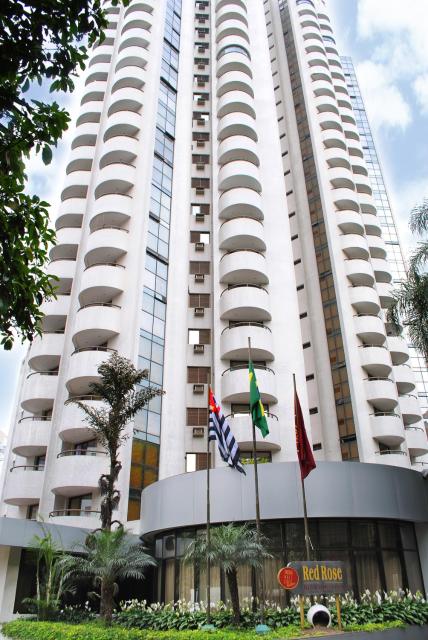 Hotel Paulista Wall Street ****
Location, services, amenities, rates, overall good reputation: these hotels are a good fit for LGBTQ travelers. We haven’t been able to vet their welcoming attitude and acceptance of the LGBTQ community yet.
This is an Instant Booking. The host agreed to automatically accept booking requests. Once your payment is processed, your booking is confirmed.
Hotel room • São Paulo
Hot tub • Parking
Rated Exceptional 4.84 (2 reviews)
Hot tub • Parking 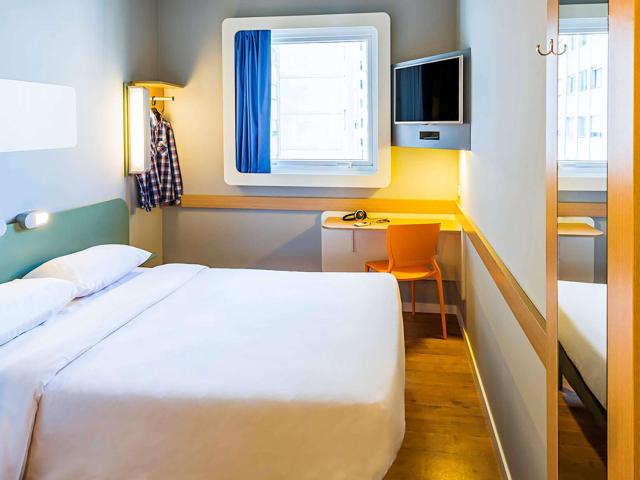 Ibis Budget SP Frei Caneca **
Location, services, amenities, rates, overall good reputation: these hotels are a good fit for LGBTQ travelers. We haven’t been able to vet their welcoming attitude and acceptance of the LGBTQ community yet.
This is an Instant Booking. The host agreed to automatically accept booking requests. Once your payment is processed, your booking is confirmed.
Hotel room • São Paulo
Parking
Rated Wonderful 4.6 (1 review)
Parking

Planning a gaycation to South America any time soon? If so, Sao Paulo is the perfect LGBTQ-friendly location with plenty of gay accommodation and entertainment on offer. In 2012, same-sex marriage was legalized, making the city even more tolerant towards hthe community. While the current political climate of Brazil may be challenging the very nature of LGBTQ rights today, you can still experience an enjoyable gaycation to Sao Paulo. It is the largest city in Brazil, as well as the seventh largest in the world. With that in mind, there is no doubt that having a good time as a gay individual here is a given.

Much like other cities, certain neighborhoods in Sao Paulo are particularly popular with the gay community, and are home to LGBTQ people coming from all walks of life. One such area is called Jardins: an area which is surrounded by museums and is considered to be one of the most upper-class parts of Sao Paulo. It is located near Jardim America and Jardim Europa.

There is plenty to do in Gay Sao Paulo, with the annual Pride Parade hands-down being the largest LGBTQ celebration of the year. Gay Pride Sao Paulo is held in late June, and takes place in Avenida Paulista, right next to Jardins. It is documented as being the biggest pride parade globally, with millions of people in attendance - proof of the widespread LGBT presence in the city.

This presence is also felt in the large number of gay clubs and bars throughout the city. For a slightly grunge feel, check out A Loca Club. Alternatively, if you are looking for a dance club, Tunnel is a great choice. Of course, sampling the local cuisine is essential on any trip, and luckily Sao Paulo has no shortage of impeccable restaurants that will leave you more than satisfied. For instance, Varanda Faria Lima specializes in Brazilian barbecue, giving you a unique yet pleasurable tasting experience.

Outside of the gay scene, Sao Paulo is also teeming with museums, as well as other cool landmarks. Some of these include the Sao Paulo Museum of Image and Sound, which archives different entertainment from the past, including music and videos. For a traditional museum, the Museu da Casa Brasileira is a sight to behold and is filled with magnificent artwork. After a day marveling at past relics, you can check out Ibirapuera Park and take in the beauty of nature, grab a snack from one of the several food stands, and gaze at the city skyline.

When searching for gay accommodation in Sao Paulo, misterb&b offers various options, ranging from private rooms with gay hosts, entire apartments and villas, and even gay and gay-friendly hotels. If you’re traveling solo, book a stay with a host, or if you’re traveling in a group, opt for your very own apartment in the city.

And as for the hotels in Sao Paulo, many of them cater to the gay crowd. That is to say, they set up shop in gay neighborhoods, and offer a welcoming experience for gay travelers. Some of these hotels include Maksoud Plaza Hotel and Paulista Wall Street Suites. Ultimately, gay accommodation Sao Paulo can lead to a great experience, as the city is very LGBT-friendly, and will make you feel welcome from start to finish.