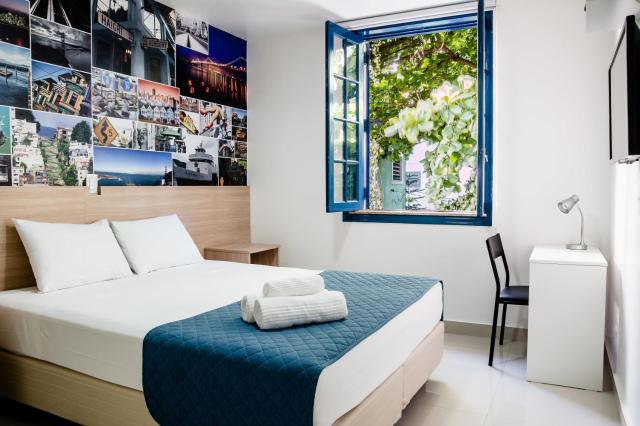 Injoy Hostel
Location, services, amenities, rates, overall good reputation: these hotels are a good fit for LGBTQ travelers. We haven’t been able to vet their welcoming attitude and acceptance of the LGBTQ community yet.
This is an Instant Booking. The host agreed to automatically accept booking requests. Once your payment is processed, your booking is confirmed.
Hotel room • Rio de Janeiro
Rated Exceptional 4.96 (1 review) 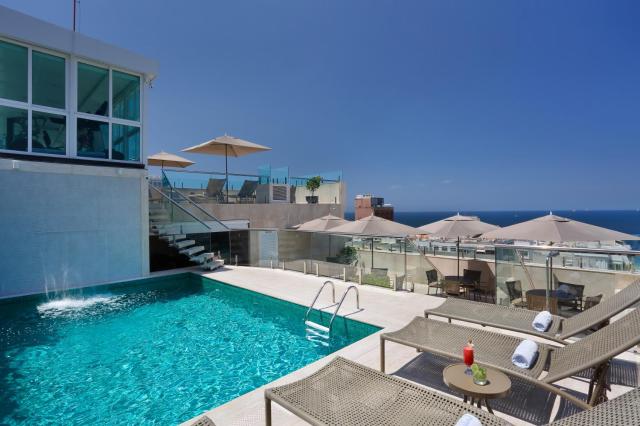 Mirasol Copacabana Hotel ****
Location, services, amenities, rates, overall good reputation: these hotels are a good fit for LGBTQ travelers. We haven’t been able to vet their welcoming attitude and acceptance of the LGBTQ community yet.
This is an Instant Booking. The host agreed to automatically accept booking requests. Once your payment is processed, your booking is confirmed.
Hotel room • Rio de Janeiro
Hot tub • Parking
Rated Exceptional 4.88 (1 review)
Hot tub • Parking

The neighborhood of Lapa is home to some sensational architecture, a bustling nightlife, and loads of live music. The lively district is also home to Lapa 40, a popular gay bar which blends techno music with Brazilian music to create a gay Rio de Janeiro vibe that can’t be duplicated. While you’re there, check out the dance halls and open-air samba jams that are held underneath the Aros de Lapa aqueduct. This area has become a nightlife hub for gay and straight people alike who come together to celebrate culture, music, and dance. On your trip to Rio de Janeiro, be sure to add this neighborhood to your list of places to check out. You’d be missing out otherwise.

00 is an extremely popular bar/restaurant, which is tucked away inside the Planetario de Gavea, and features a beautiful outdoor area, food, drinks, and dancing for the gay community. TV Bar in Copacabana has become an extremely popular LGBTQ-friendly bar with over 40 different fruity drink combinations. Le Boy in Copacabana was opened in 1992, making it one of the first gay bars in Rio de Janeiro. This groundbreaking place provided a safe space for gay people to come together and embrace their homosexuality. The concept and styling of Le Boy have been mimicked in bars throughout the United States and Europe.

In terms of the gay beaches Rio De Janeiro offers, Ipanema Farme de Amoedo Beach has quickly become the most popular. Located in Ipanema, this beautiful beach is a safe space for gay men to mingle and enjoy the beauty of coastal Rio de Janeiro. Copacabana Beach is a beach that is used by everyone of every race, gender, or sexual orientation. However, due to its location in Copacabana, which is home to some of the most fun and groundbreaking gay bars in Brazil, Copacabana Beach is certainly a hotspot for gay men to gather and enjoy each others’ company in a beautiful setting.

Check out misterb&b if you’re interested in making new gay friends and creating fun experiences during your time in Rio. If you’re traveling in a group, you could always book an entire gay apartment for yourselves on misterb&b. Alternatively if the idea of room service and a gym sounds too hard to beat, why not opt for a gay-friendly hotel in Rio instead? In terms of the best gay hotels Rio de Janeiro has on offer, The Pestana, Rio Atlantica or the Hilton Barra Rio de Janeiro are definitely frontrunners. Whether you decide to go with a misterb&b apartment or a gay-friendly hotel, there are plenty of safe and welcoming places for you to stay on your trip to Rio.