Gay Zurich: 10 reasons to discover the city in 2016
by misterb&b 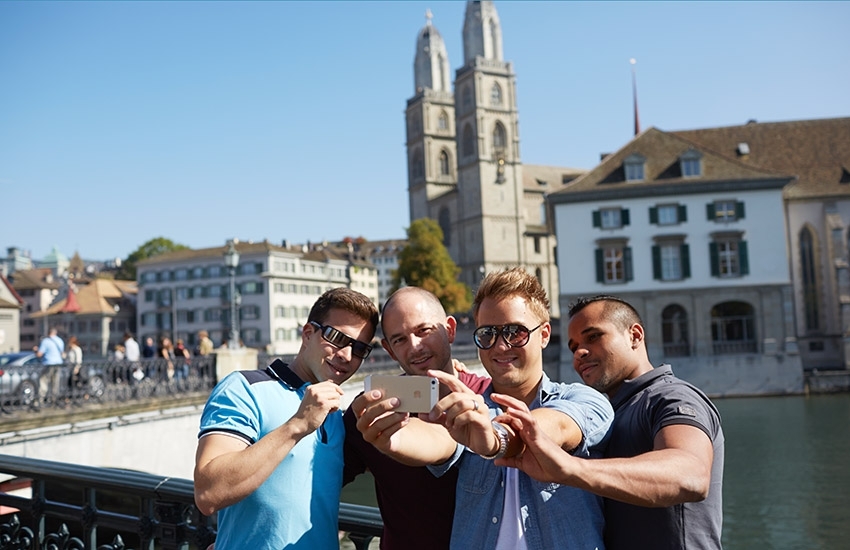 It’s the largest city in Switzerland. On the banks of the Limmat and the Zurich lake, gay Zurich is a tolerant, liberal and open-minded city. In a few decades it has become one of the most gay-friendly European capitals. A gateway to the Swiss Alps, easily reachable by train or plane, Zurich is the gayest Swiss city with a large cultural offer and an intense nightlife. Here are 10 good reasons to put Zurich on your list of gay destinations to discover in 2016. 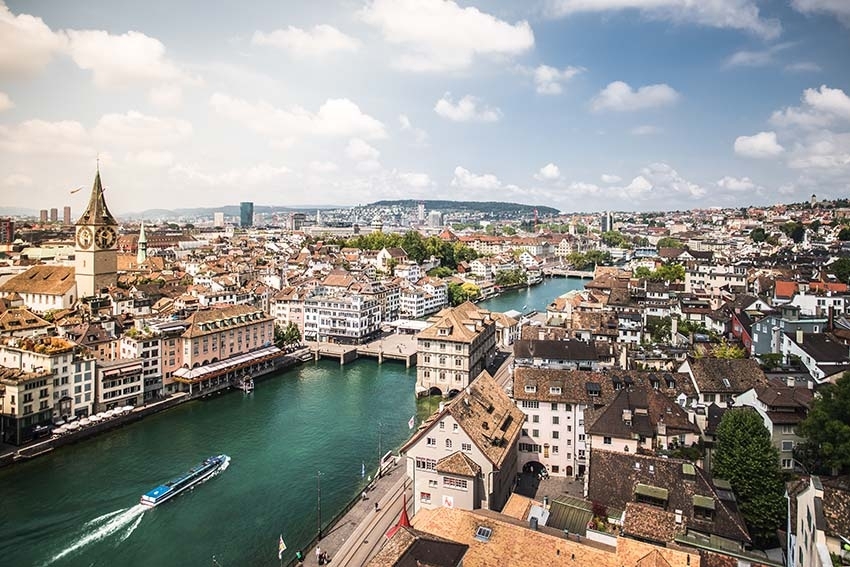 A 4 hour ride by train from Paris with the high speed train TGV Lyria, gay Zurich is an ideal destination for a city break. The historic city center and all major attractions such as Grossmünster are easily reachable by foot. The nature lovers will opt for a walk to the Uetliberg – Zurich’s highest peak or a boat ride on the lake. Add to that the numerous museums or art galleries. In Zurich, you can visit an exhibition in the morning, swim outdoor in the afternoon and drink a glass on a terrace next to the water at night! 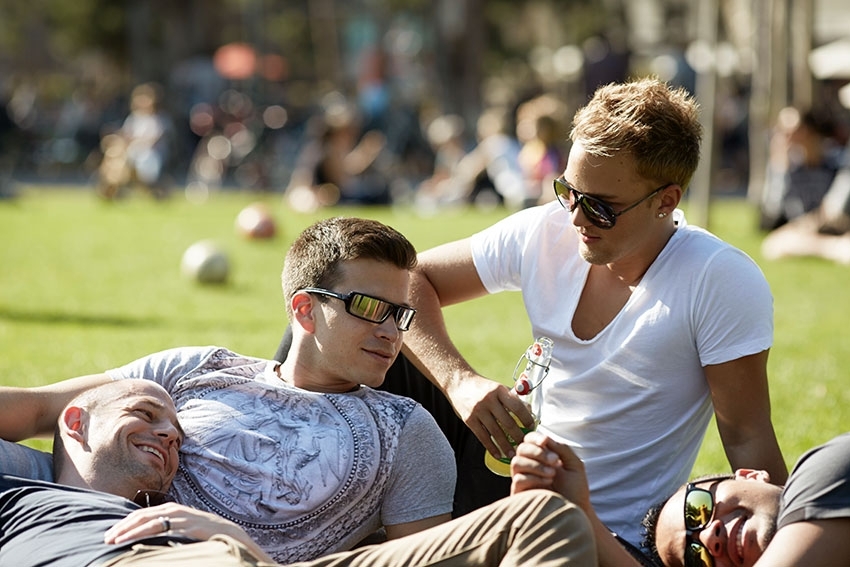 Zurich is the Switzerland’s gay capital, with the largest number of gay places, gay bars and clubs, parties, most of which are located in Niederdorf, considered as Zurich’s gay neighborhood. Among the popular places are the Predigerhof Bistro Bar, the Petra's Tip Top Bar, les Garçons, the Cranberry Bar, the Dynasty Club, the Heaven Club or Magnus Bar or even Barfüsser, Europe’s oldest gay bar now a trendy sushi & lounge bar. Angels promotes some of Zurich’s biggest gay parties.

The Pink Apple Festival, Zurich’s Gay and Lesbian Film Festival, takes place this year from April 27 to May 5, 2016, in various cinemas and places of Zurich and Frauenfeld. Launched in 2000, it has become the largest film festival of its kind in Switzerland with over 8,000 visitors. The selected films include world premieres and allow great meet-ups with artists and selected guests.

The White Party Weekend is back in 2016! Angels, the biggest gay party promoter in Zurich, promises an unforgettable weekend, April 29 to May 1, 2016. The parties will take place at Club X-TRA, at the Alte Kaserne and at Canberry Bar for the opening party. The main party, the White Party Crystal will be held April 30 at Club X-TRA. Expect superstar DJs, a lot of dancing and neverending glitter for this XXL gay party featuring DJs Micky Friedmann, Ben Manson, Ricardo Ruhga, Nucci & Rocca and Mister Mola. And if you still want more, go to the Alte Kaserne for the After Party on May 1st. 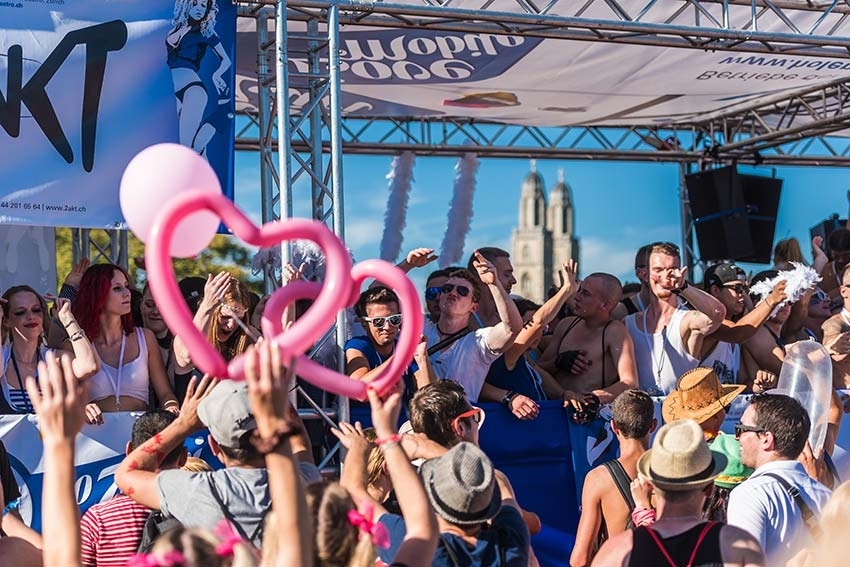 For two days, June 10 and 11, Zurich hosts the Zurich Pride Festival. The yearly gay pride is the city’s main LGBT celebration with over 30,000 participants! Since the city was host to Europride in 2009, the event has become a must, with opening and closing parties, a festival, shows and concerts in addition to the main parade. It’s a straight-friendly festival! 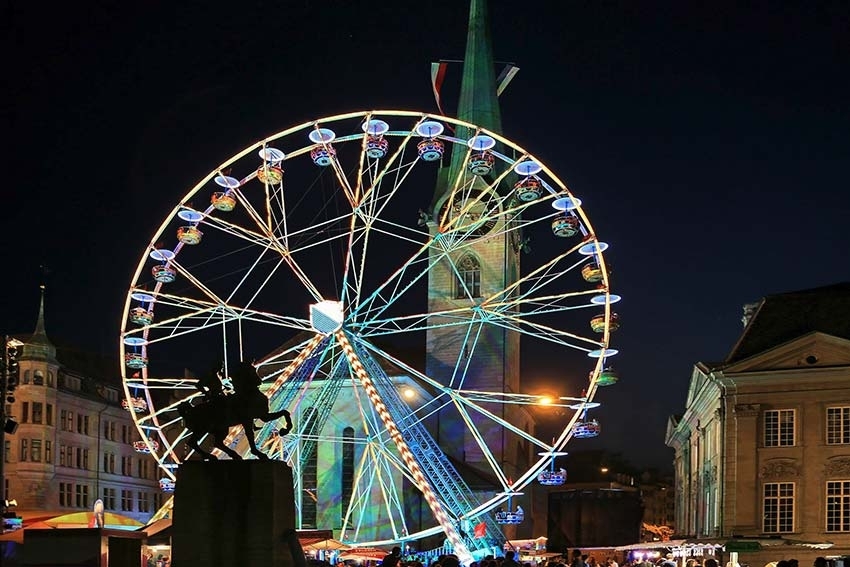 Züri Fäscht literally means "the party of Zurich." It takes place every three years. From July 1 to 3, 2016, more than two million people will attend this huge outdoor celebration with fun fair and spectacular fireworks. 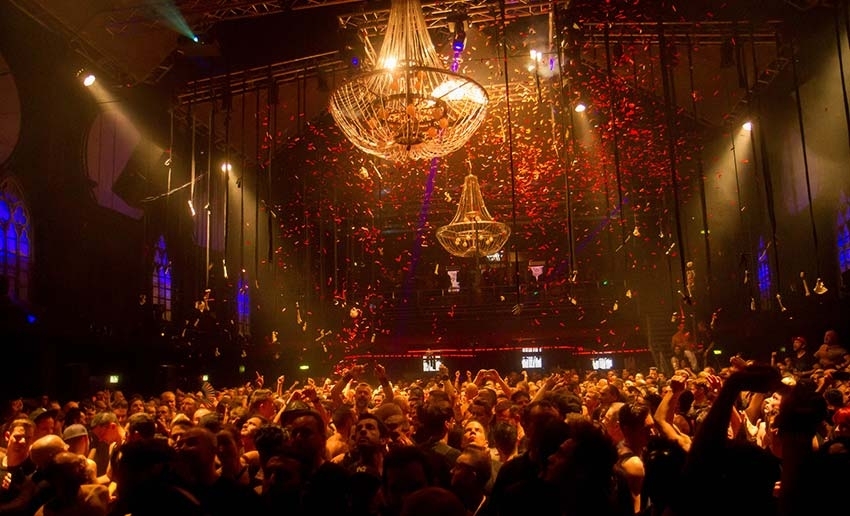 Among Zurich’s major gay events is the Flash Party 5th edition, held at Club X-TRA, on August 13, 2016 from 10pm. The party takes place on the same weekend than Zurich treet Parade, the gigantic house and techno festival that brings together more than a million visitors in August to Zurich! 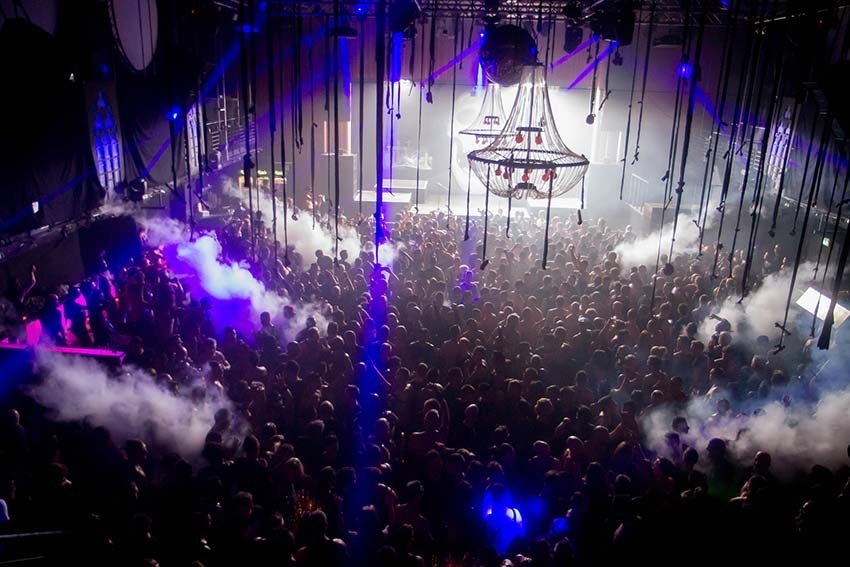 Last big event of the year in gay Zurich, the Black Party Weekend is obviously echoing the White Party Weekend in April! From 4 to 6 November 2016, get ready for an amazing weekend. 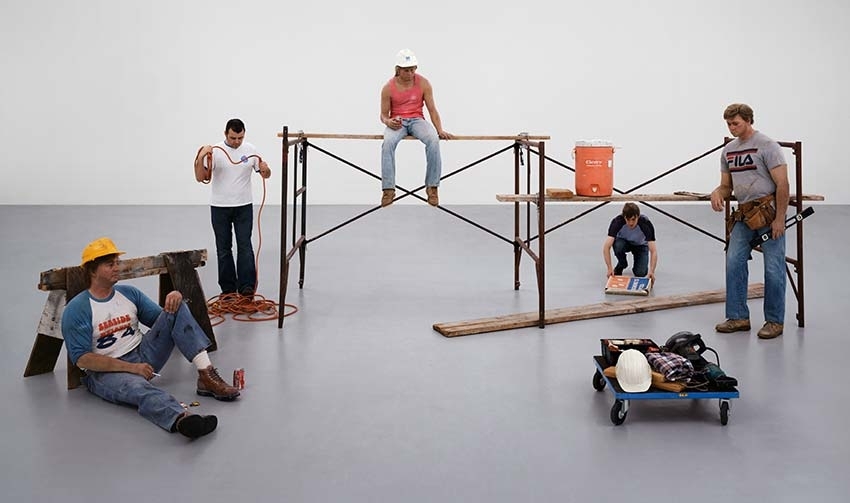 This is one of the most important cultural events in Zurich in 2016. Manifesta, the European Biennial of Contemporary Art, now in its 11th edition, will have two themes this year: trade and labor. They will be highlighted throughout the city from 09 June to 18 September 2016, for 100 days. Twenty years after the first edition in Rotterdam, in the Netherlands, the Biennial attracts each time a growing number of more curious and interested visitors. 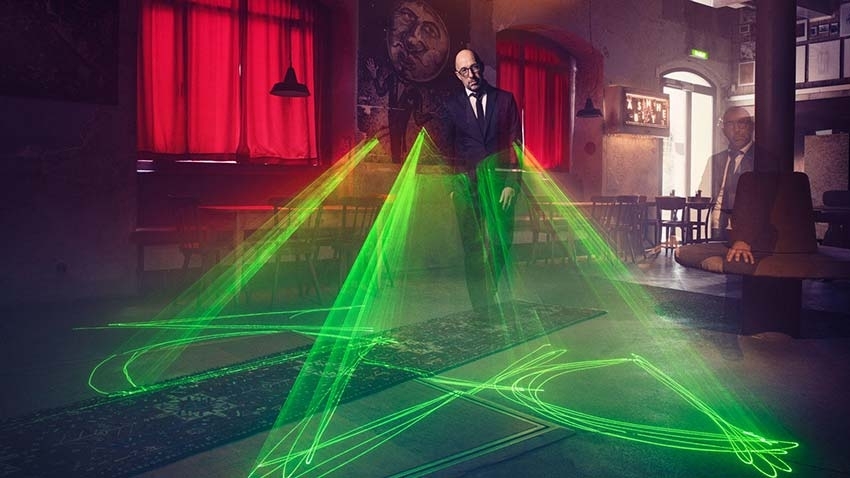 With Dada 100, Zurich celebrates 100 years of the Dada movement that emerged in the city in 1916. The event is held from 05 February to 8 July 2016 with numerous events including a major Francis Picabia retrospective , June 3 to September 25, 2016 at the Kunsthaus Zurich. 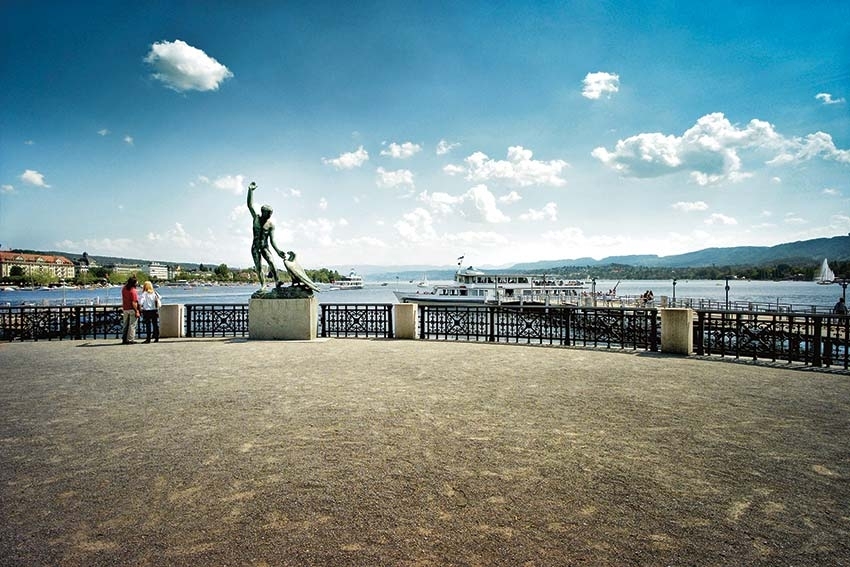 The Bürkliterrasse offers a view over Lake Zurich and up to the Alps, if the weather allows it. In 1952 the terrace was decorated with a statue of Zeus turned into an eagle and his lover Ganymede. Can this be more gay-friendly?

To plan your next trip to LGBT-friendly Zurich, visit www.zuerich.com/lgbt and myswitzerland.com. 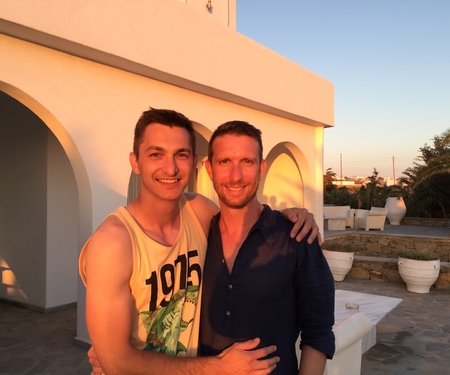 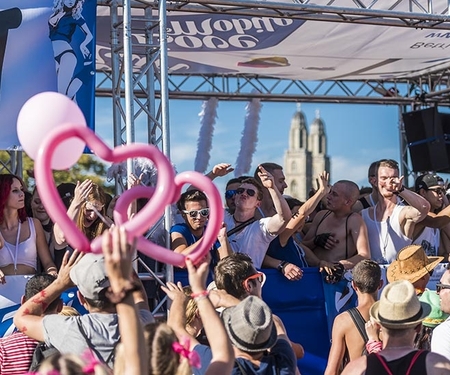 Zurich Pride 2016: a Love Weekend!
Reactivate my account
Book your next gay trip with misterb&b and be welcomed in 1 million LGBTQ-friendly accommodations in 200 countries Search now
By using this website, you consent to the use of cookies for analytics purposes