In Cologne, the SEXY 5th Anniversary Ball
by misterb&b

Three times a year, SEXY draws a crowd of beautiful partygoers to Sartory, a large complex with several dance areas, close to the gay district of Cologne, ideal for this type of international crowd event.

The best DJs in the gay scene, hot dancers, a unique light show... For this anniversary ball, SEXY brings it all on two dancefloors. On the main one, DJ Steven Redan (superstar La Démence resident), but also Dani Toro and Rony Golding. On stage also, Soraya Naoyin, a diva familiar to Xlsior Festival participants. And finally, to spice it up a bit, the beautiful Gusmen dancers from Amsterdam, Paris, London, Milan and Madrid. So? Will you go ? We have a few tickets to give out: send us an email with your name, your email and phone number at contact@mygaytrip.com

And let’s meet this Saturday, November 16th from 23 hours at Sartory (Friesenstrasse 44-48) in Cologne. Who'll be your next misterb&b host in Cologne? 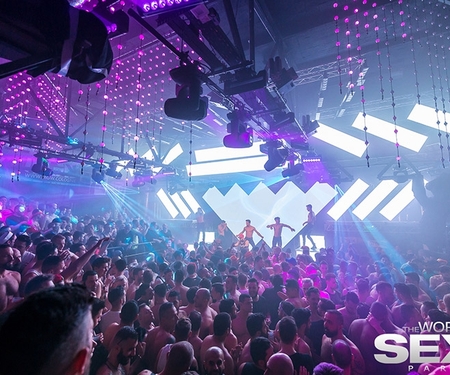 Cologne Pride: 4 days, 5 parties, 20 star DJs at Sexy Pride Festival !
Reactivate my account
Book your next gay trip with misterb&b and be welcomed in 1 million LGBTQ-friendly accommodations in 200 countries Search now
By using this website, you consent to the use of cookies for analytics purposes