French Gay Cruise is Back !
by M. Dedonder / misterb&b 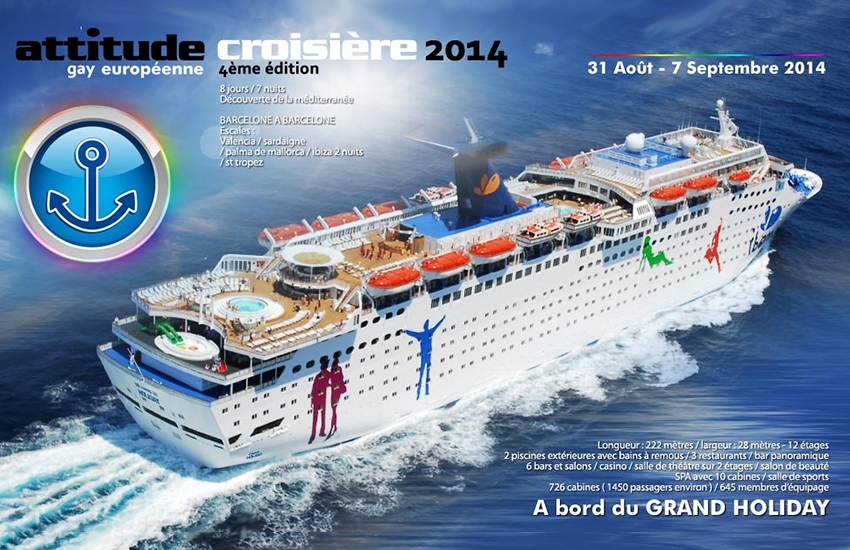 On Aug. 31, the French gay cruise powered by Attitude Travels will set sail for a fourth time, three years after the latest edition. The Great Holiday and its 726 completely renovated cabins will set off from Barcelona for a one week vacation in the Mediterranean.

First stop will be Valencia, Spain’s gay-friendly destination of the moment, before a two night stop in Ibiza, a brief stop in Palma de Mallorca, before a day at sea and a stop in Porto Torres in Sardinia. The ship will then take the sea for a unique stopover on the French Riviera in Saint Tropez, before returning to Barcelona on September 7.

The fans of this unique French gay event have been hoping for its comeback for two years. Wish fulfilled ! The French gay cruise is back, with the same recipes that have made it success in the first three editions (2009, 2010, 2011) but with some new features. It’s also a come back for Stéphane Loiselier, a pioneer of gay tourism in France, who launched the French gay cruise.

In the world of gay cruises, the Attitude cruise differs from the existing offer, namely La Démence Cruise in Europe and American gay cruises like Atlantis or RSVP in the rest of the world.

Expect a week of shows, with a ship completely transformed and adapted to its gay and lesbian clientele ! Theater, musicals, cabaret, stand up comedy, themed costume parties (90% of the passengers are dressed up during dinners!), DJs and outdoor clubbing, talent competitions, conferences, etc. The shows are what made this event famous. "I want passengers  to be flabbergasted by the shows during the cruise, I want it spectacular!" says Stéphane Loiselier. He has not revealed any names for the 2014 edition yet, but first-class theater groups and solo artists will be on board, for sure. As for the amenities on board, passengers will enjoy two outdoor swimming pools with whirlpools, three restaurants, a 2-floor theater, a spa with 10 cabins, a gym, a nudist area...

The passengers are mostly French, mainly not from Paris, around 40, representative of the diversity of the LGBTQ world. A lot of them are regulars, with a significant number of women, making it one of the most mixed gay and lesbian cruises in the world. The great novelty of this edition is technical: marketed by Abcroisiere.com (Karavel) the Attitude cruise will not be sold by a gay travel agency only but supported by a network of several thousand traditionnal travel agencies, a first for a gay travel product in France. Customers will also benefit from a dedicated call center to answer all their questions and book.

"Of the 726 cabins available, 250 have already been sold, 40 of them for honeymoons !",  says Stéphane Loiselier proudly. He is now fully focused on ensuring the success of the 4th edition of his cruise. But he knows that such success will be the first step before launching more gay and lesbians international events. 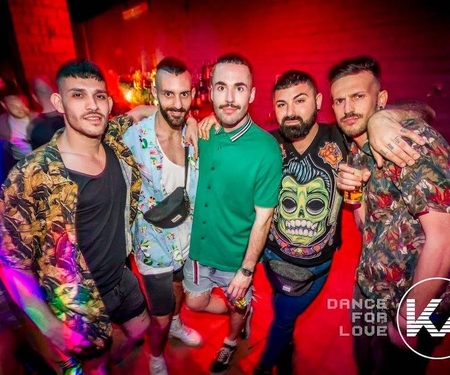 Alternative gay Barcelona: take a walk on the wild side!
Reactivate my account
Book your next gay trip with misterb&b and be welcomed in 1 million LGBTQ-friendly accommodations in 200 countries Search now
By using this website, you consent to the use of cookies for analytics purposes