La Démence to celebrate its 25th Anniversary!
by misterb&b 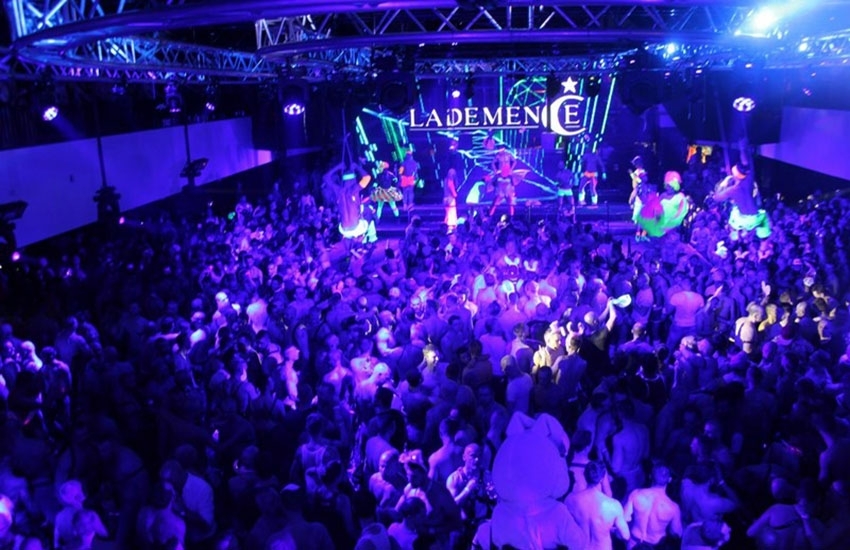 From October 31 to November 2, Brussels infamous monthly gay party La Démence will celebrate its 25th anniversary. With a quarter century of existence, La Démence is Europe's oldest gay night. At the crossroads of Belgium, France, the Netherlands, Germany and the UK, the party draws each month thousands of gay clubbers from Europe and often even beyond. To explain this success, and talk about the future, we interviewed Thierry Coppens, the man behind La Démence, who created it and still runs it at 47, with passion. Why this poster for the 25th anniversary weekend? Are they the different families of La Demence?
Thierry Coppens: Indeed, the success of the party is related to the fact that all gay styles are welcome: leather, muscled, fashion victims, thin, hairy, ... all ages and nationalities. There is no dominant group and everyone feels comfortable as it is, and there is a friendly atmosphere and absolute tolerance.

What have you planned to celebrate this special anniversary?
TC: We could have done it in larger venue, but it is better to stay in places that our audience likes: The Fuse and the Ancient Casino. But these places have a limited capacity, it is essential to buy the tickets in advance. The show for the main event on Saturday night will be amazing! How does it feel to be the "oldest" gay party in the world, an institution praised by Brussels municipality?
TC: We are indeed the oldest gay party in the world, but the term does not bother me, because we see that the new parties copy many elements of ours, so I think that means that we still manage to be precursors, even after 25 years. And we see every time new young clubbers who come to discover our party... the political climate is also very favorable to our parties : Unlimited opening from 10pm to noon the next day and a very gay-friendly city with an active support from the tourism department, which saw gay tourism grow through our parties that attract thousands of gays every month. How have you seen gays evolve during these 25 years?
TC: There has been a huge evolution since the beginning. When you look at the pictures from the past, you see that the audience was dressed very fashion, but gradually the trend has become to go shirtless and even now to wear only a swimsuit. There has also been a major change related to drugs: before, people used to drink alcohol or do coke and ectasys and we laughed a lot. Since GHB has emerged, the night has changed: people communicate less, the atmosphere is sexually charged, not to mention the many "G-holes", a nightmare of every party promoter.

What's the magic recipe for this party?
TC: Friendly atmosphere and absolute tolerance! Then there is something for all tastes and ages, 3 rooms with different atmospheres (one darkroom zone), friendly service, great rates (4 € for an app or a beer, € 8 for alcohol), good location, gay-friendly city, arrangements with hotels (see www.lademence.com) We will change boat for the next edition of the Cruise. It  will be a little bigger, but not too much, because you have to keep the friendly atmosphere that we have on board (lademence-cruise.com)

How many more years for La Démence ?
TC: I intend to promote it as long as possible because my greatest passion is to see people have fun.

What could stop you?
TC: My age and my health, so there's still time (lol)