Circuit Festival : The Giant is back in Barcelona
by misterb&b 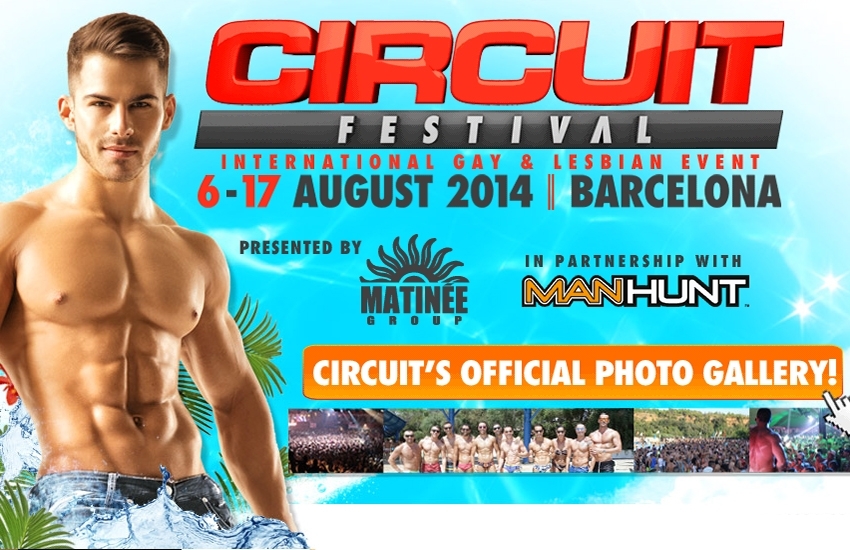 The Barcelona Circuit Festival is the largest European gay and lesbian festival. The event, which takes place every year in early August, usually meets between 70 and 80,000 clubbers from around the world, from fifty different nationalities. This great festival has established itself over the years as an international benchmark for clubbing and recreation.

The seventh edition of the festival will also be the longest in its history. Organized by Matinée group, it will be held this year from August 6 to 17, eleven days of fun in Barcelona! Circuit Festival has already proven itself and gives each year to the gay community its most legendary parties. The Catalan capital, with the Eixample gay neighborhood and Pride Barcelona is already the LGBT capital in the Mediterranean. It will become the center of the gay world during those eleven days of madness in August. This year's lineup consists of sixty international DJs and artists, residents and guests, for 26 parties. Amidst these parties, there will be three pool parties, two beach parties, the infamous Leche! and Forever Tel Aviv for the closing party! The Water Park day will be held on August 12 and is probably one of the biggest pool party in the world! The party starts at 10am and ends at dawn the next day. Here is the complete programmation and lineup for the festival.

You can find more informations ont the official website of the festival.

The official video for the 2014 edition: If you plan to fly to Barcelona think about misterb&b for your accommodation, room or apartment.