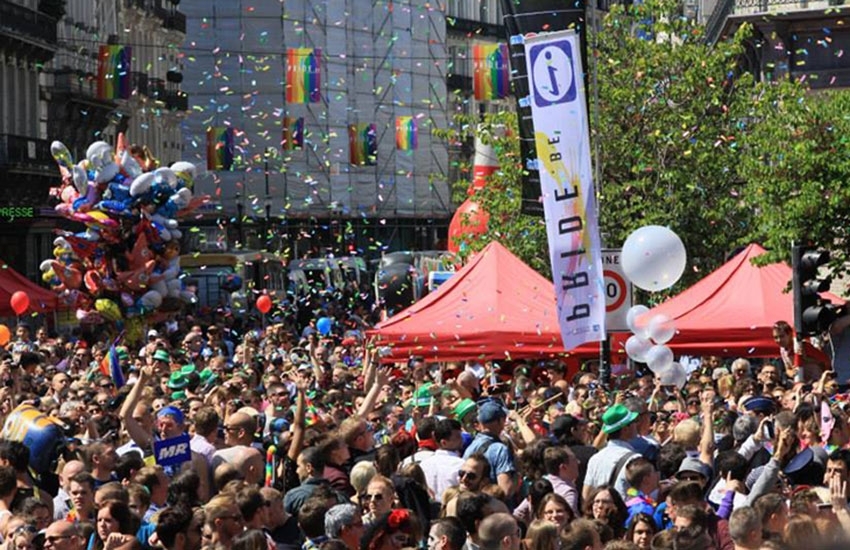 After the 2014 edition which brought together 100,000 people in the streets of Brussels, the Belgian Pride is about to celebrate its 20th anniversary in 2015. From April 30 to May 16, the Belgian Pride will be kicking off the European gay pride season in Brussels and illuminating the Belgian capital city in all the colours of the rainbow.

For this 20th edition of the Belgian Pride, the organisers will offer two weeks during which the LGBTQI community will be putting on a whole host of activities throughout the country: the PrideFestival.

This PrideFestival will start with  the MiniPride parade, which will be winding its way through the streets of Brussels to the rhythm of the Meyboom Fanfare. With plenty of stop-offs at iconic locations, including Manneken Pis who will be dressed especially for the occasion, plus a surprise to be revealed. The three final days of celebrations of this PrideFestival , called the BePride,  will be the climax of this Belgian Pride. On May 14, Gender@Pride will be focusing on gender identity. On May, 15 May 15, Pride@TheCity will fill Brussels with a real party atmosphere. To finish off, on May 16, Parade@Pride will bring PrideFestival to an end, with – among other activities – the traditional parade, starting at the Bourse to fill the centre of Brussels with every colour of the rainbow and shout its message of tolerance from the rooftops.

As well as being a huge celebration, PrideFestival also provides the perfect opportunity to talk about legislative issues and to question policies, with a view to working towards a society that is even more progressive and united. And if you think of taking part in these Belgian Pride celebrations, you should already think about your accommodation and find your gay or gay-friendly apartment in Brussels on misterb&b.