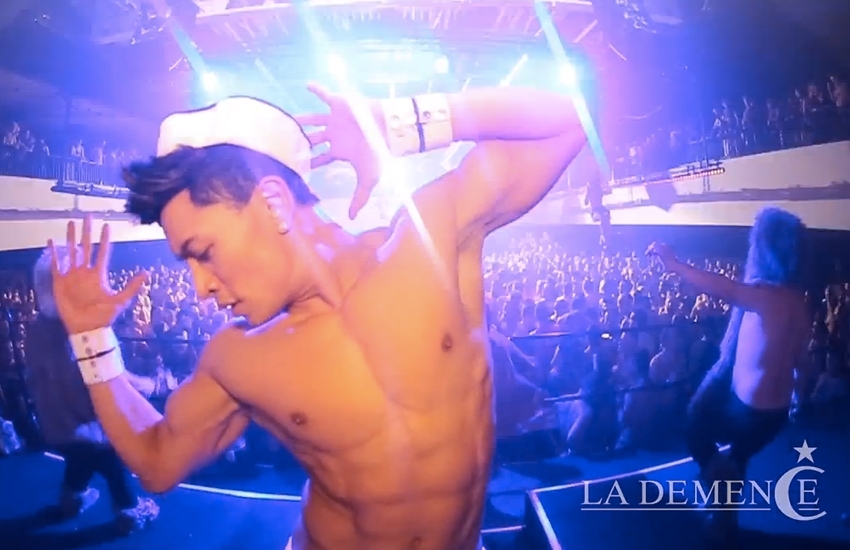 Very festive gay weekend ahead in Europe for Halloween. Here are some of the events not to be missed.

The main gay event takes place in Brussels : La Démence celebrates its 24th anniversary ! Do we still need to remind you that La Démence is the oldest gay party running in Europe? Thousands of guys from all over Europe and even further are expected to storm Brussels for 4 nights of non-stop madness includind the opening and closing parties at Fuse club, which hosts La Démence every month.


In London, another legendary gay party will be celebrating a birthday this weekend : Trade is now 23 and will celebrate at Egg Club with four different dancefloors.

In Paris, the main event will take place as every year now under the Pont Alexandre III bridge, at the Showcase, with the most legendary Spanish gay party : La Leche ! Almost 2500 clubbers are expected. On stage DJs Taito Tikaro and Jordi Lights. The party will be followed by the after Matinale.

In Madrid, go to Sala Riviera for a Halloween Special We Party. The perfect rehearsal before the big We Party festival planned for NYE in the Spanish capital.

In Cologne, you will enjoy a classic of gay clubbing for this Halloween weekend : KitKatClub on Saturday night (strict dress code ! Mixed audience) followed by the hottest after party in Europe, Greenkomm on Sunday morning.

In Zurich, leather and chains for a memorable Black Party Weekend at Volkshaus Club, with DJs Micky Friedman and Guy Scheiman .

Enjoy your weekend everyone!