Next Sunday, No Pants in the Subway
by misterb&b 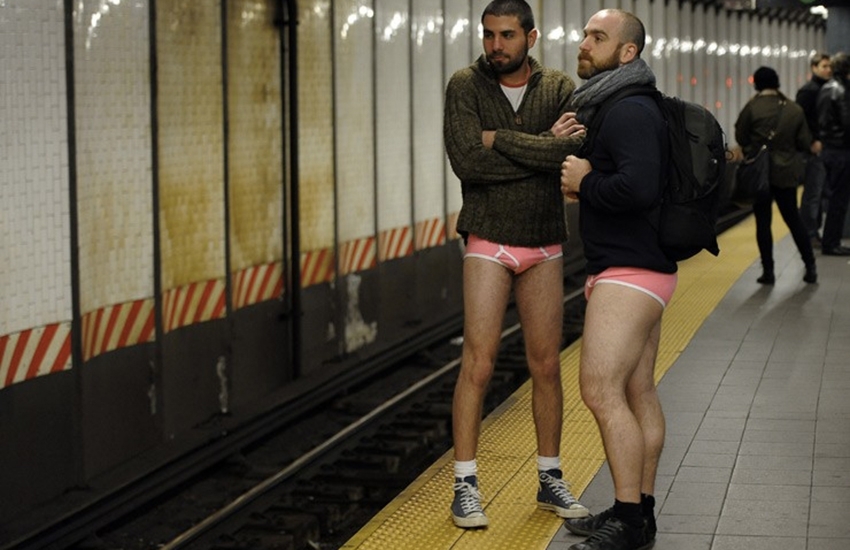 It’s been a tradition for over 10 years in New York and it has since then spread worldwide : next Sunday, during the " No Pants Subway Ride ", thousands of people around the world will take the subway… without pants!

The idea was born in New York in 2002, launched by the Improv Everywhere group, a « collective that causes scenes of chaos and joy in public places ». The idea is to take a subway train without pants, while keeping a straight face about it.

It's fun , it serves no purpose and we love it! The event will be held in more than sixty cities in the world, in Chicago, Berlin, London, Buenos Aires, Moscow or Paris. In New York only, nearly 3,500 people have registered on the event page on facebook !