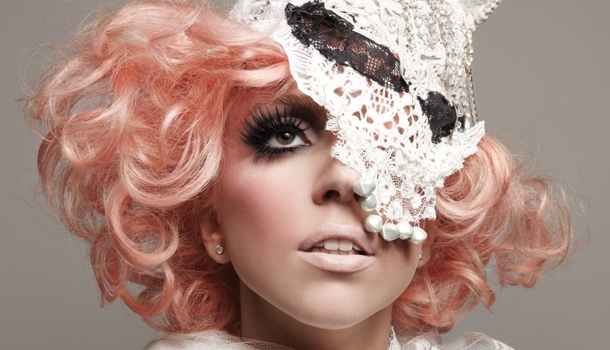 A few weeks before returning to France to play 3 concerts in Paris and Lyon, Lady Gaga has granted myGayTrip.com with an exclusive interview in which she reveals the places she likes the most around the world. She also tells us about some of her favorite traveling anecdotes and even offers us one of the pictures she took this summer during her last trip to France ! myGayTip.com : Thanks to your tours, you have had the opportunity to visit the whole world. Which countries or towns have stood out the most ? And why?
Lady Gaga: As you know for the past two years I haven’t stopped traveling and I have been nearly all around the world. I am extremely lucky. I have great memories of all my trips even though I usually don’t have time to see much while touring.

First of all I am a huge fan of Europe. As you know, I am of Italian origin and my parents have always wanted me to discover the old continent. A lot of my culture and references come from Europe as well as a lot of artists I highly admire. My music is actually more European than American which is probably why it took longer to start off in the United States.

“I love steak tartare”
I love Italy, especially Rome for its architecture and its culture. Venice is also breathtaking. Romance interferes with history and there are a lot of excellent restaurants. I would like to go during Carnival season because at least for once I would not be recognized among all the unlikely costumes !

You probably think I change my favorite country for each interview depending on the nationality of my interviewer. But France is also one of my favorite countries. I particularly love this country for lots of reasons : to start with because I have visited many times on holiday with my parents when I was younger. Also, because I love French gastronomy, wine, meat, “steak tartare” and those incredible meals I can’t eat anymore for the sake of my figure ! (but sometimes I do…)

The culture is totally awesome. Paris and the other towns I visited are gorgeous. I love the atmosphere every time I come. It goes without saying that style wise it’s just perfect, especially in Paris. I love the French style. Even when you are dressed simply you are sexy !

“I can’t wait to go back to France”
France was one of the first countries to support me when we launched Just dance. I would have rather died than not be successful in France !

I will always remember my first road show in Paris. Between two interviews we went to see David LaChapelle’s exhibit. It was freezing and after the exhibit we went to warm up in a small café in Saint Germain. At the time few people knew me. We nibbled some salami and cheese along with some “kirs royal” ! I can easily say we were nice and warm when we left ! I actually even hailed over a taxi still holding my champagne glass ! One of the waiters, an authentic Parisian guy, caught up with me and said in a mocking tone :”hey, Marilyn Monroe, glasses stay at the bar”.

I can’t wait to go back to France for the concerts in October. My first concert in Bercy was probably one of the best dates of the Monster Ball Tour ! The welcoming of the public was so overwhelming I was more moved than usual ! Thank you.

mGT: In which town do you feel at home and why?
Lady Gaga: There’s only one town I feel at home in and that’s New York because it is my home.

mGT: In which town do you prefer to party?
Lady Gaga : Again, New York. I have partied so much in New York and so many unlikely things have happened there that no other town will compare. All my friends are there to which means a lot.

Otherwise, without a doubt, Ibiza. I had of course heard a lot about this island without even going there. I had to wait for the shooting of the Poker Facevideo to go there and check it out. I spent a few crazy nights over there ! I sang at Divino and partied in other clubs. We also celebrated Mikey’s birthday there, Mikey’s one of my dancers. Also Alejandro was written with RedOne in Ibiza.

I love the atmosphere over there: its carefree, has no restrictions and is tolerant. Everyone is in Ibiza to relax, to have a good time or to party, whoever you are.

mGT: In which town would you like to be in love?
Lady Gaga: Paris, Paris and Paris again.

mGT: Through out your trips, which places stood out and why?
A hotel: La Mamounia in Marrakesh. It’s located in the Medina. This place made me feel so peaceful. There is also the Adam & Eve in Antalya in Turkey. The design of the hotel is outstanding.
A bar: The Ku De Ta in Bali with its sea view. You want the world to stop when the sun sets in front of you.
A restaurant: It’s difficult as it depends on what you want to eat. If we are talking about France, any small café which serves local food and good wine. I much prefer a tiny French café with checked tablecloth rather than a fashionable restaurant with frozen food.
A club: Heaven in London for the G-A-Y party. It’s a kind of institution and one of the most popular gay clubs in the world. All of the biggest pop icons have been there. The environment is just unique. And the gays there are so well dressed, just the way I ike it !

mGT: What about New York?
A bar: The Buddha bar restaurant (I love the design of that place)
A restaurant: The 21 Club
A hotel; The W. The design is very avant garde
A club: I love Jay-Z’s club: the 40/40 club

mGT: Away from the touristic areas, which place would you recommend in New York ?
Lady GaGa: Brooklyn ! There are artistic vibes throughout all the streets, it’s lively and unique. As soon as you go to that neighborhood you never want to go back home. Manhattan is a posh and nice neighborhood. It’s also a memorable place… Long Island is another great place to discover further out of central NY. It is one of New York’s islands: you can relax, sunbathe and read as the boat ride is really pleasant.

New York is my home town. It’s really difficult to be objective about it. I love being there and spending time there.

mGT: What object do you bring on all your trips?
Lady Gaga : There’s always an object I have with me. You might tease me but it’s a girly accessory: high-heeled shoes! I feel really sexy as soon as I wear them and they quickly make my outfits more “Gaga”

mGT: In your opinion, which town would be the most gay-friendly?
Lady Gaga : I would have to say Barcelona due to its atmosphere. Spain is actually one of the countries which legalized same-sex marriage . Argentina has just passed the law. Mexico City, I mean, it was astonishing, but now Argentina ! What about you, France ?!

mGT: Last question. Could you share with the readers of myGayTrip.com one of your favorite picture taken during one of your last trips ?
Lady Gaga : Last June, I visited a charming medieval village in the South of France where I was preparing my next album with RedOne. This place is called Eze Village (on the French riviera between Nice and Monaco). I was even told I would be able to see Corsica from that place in the winter. Here is the view from my room :