Gay Pride Vienna sure turns the heat up each year in June, with the city coming alive with plenty of pride-related events, including an incredible Pride Parade. Vienna is no stranger to gay prides, and has been supporting and celebrating the local LGBTQ community for decades. In fact, the very first event that reflected this transpired back in 1982, when the HOSI Wien organized the first gay rights half-day festival, which also included an unofficial march. The turn out for this event was an estimated 100 people. The following year, an official Pride Parade transpired, traveling down Kärntner Straße, with roughly 300 people.

In 1996, The Rainbow Parade become a fully-fledged, regular event, organized by the Austrian Lesbian and Gay Forum. Gay Pride Vienna first started as a relatively small event, which was aimed at celebrating the local LGBTQ community. Since then, it has evolved into a multi-day event that welcomes both local and international members of the community. The city has already proven to be a hit when it comes to its pride, which made it the perfect choice for Europride in both 2001 and 2019.

Along with an incredible parade which takes place on the city's most beautiful boulevard, Ringstrasse, you can look forward to a series of Pride Villages set up across the city, which will showcase live performers and DJs. In addition to this, the Pride Run has become a popular staple of Vienna Pride, first taking place in 2018 but set to remain a permanent fixture. While you may assume Vienna is relatively posh and orderly most of the time, the city rocks during its annual pride, with people flooding the streets with party spirits each year.

The dates for Vienna Pride 2020 are June 1 to 14. The highlight of Gay Pride Vienna is arguably the impressive Pride Parade, which for this year will be coloring the city streets on Saturday, June 13. Things will kick off at 12pm and will travel along the beautiful Ringstrasse Boulevard. This will the 25th edition of the pride, so expect something momentous! The pride parade culminates to a party with live music and DJs, so be sure to come with high energy. While the parade is a whole lot of fun, it is also strongly rooted in political purposes, and aims to recognize the struggles our community faces both past and present, along with bringing to light pertinent LGBTQ issues.

In the lead-up to the main Vienna Pride Parade, expect many LGBTQ events. While the entire program is yet to be determined, a confirmed event is the popular Vienna Pride Run. This year, the Pride Run will transpire on Friday, June 12 from 8:30pm. For 2020, the motto of the Pride Run will be "Run for Acceptance." The run starts and ends at the Rathausplatz (City Hall Square), and covers a distance of 5 kilometers. The aim of the pride run is to unite people who are committed to LGBTQ issues, whether gay, straight, bi, lesbian, or trans, and stand up for acceptance, equality and more visibility of LGBTQ people. With a maximum of 1,500 runners, register your place now.

In addition to the Pride Run, the popular Pride Pool Day will be taking place again at the Schönbrunner Bad on Saturday, June 6. This is the perfect occasion to get out your finest pair of bathers and cool off in the city, during the height of pride and summer. Enjoy sun, DJs, and a host of new people to meet. Stay tuned for futher details on the other different LGBTQ-related events transpiring in the city for Gay Pride Vienna.

Vienna is no stranger to putting on a good pride show. After all, it hosted EuroPride 2019, where Vienna came alive with two weeks' worth of queer-related events, parties, and cultural activities. More than 1 million people were said to have attended EuroPride Vienna, united over the apt motto of "Visions of Pride." So with this experience under its belt, what is stopping you from penciling in Gay Pride Vienna 2020? 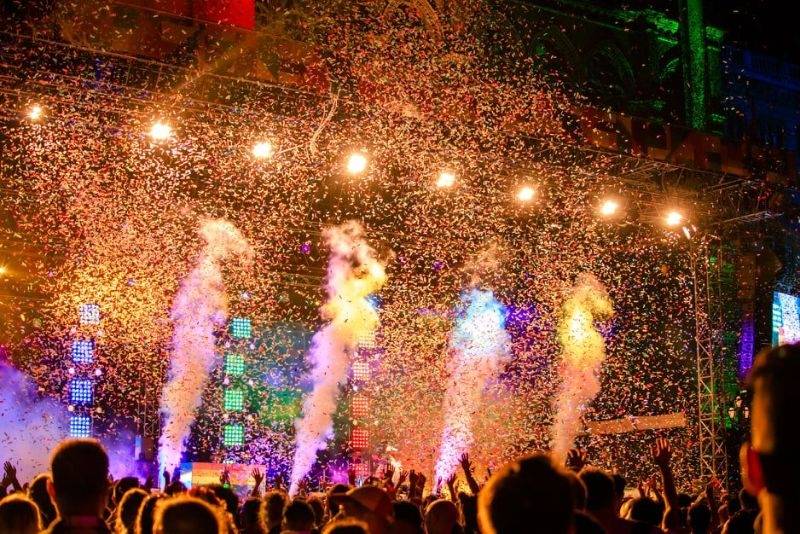 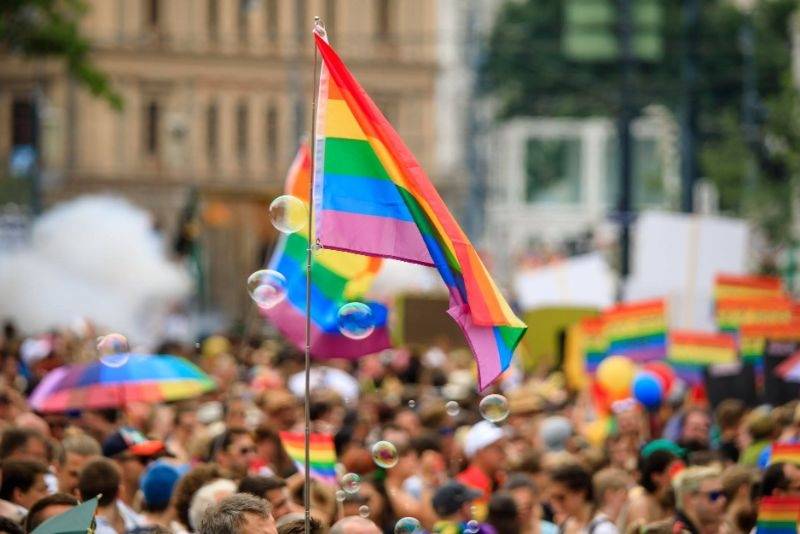 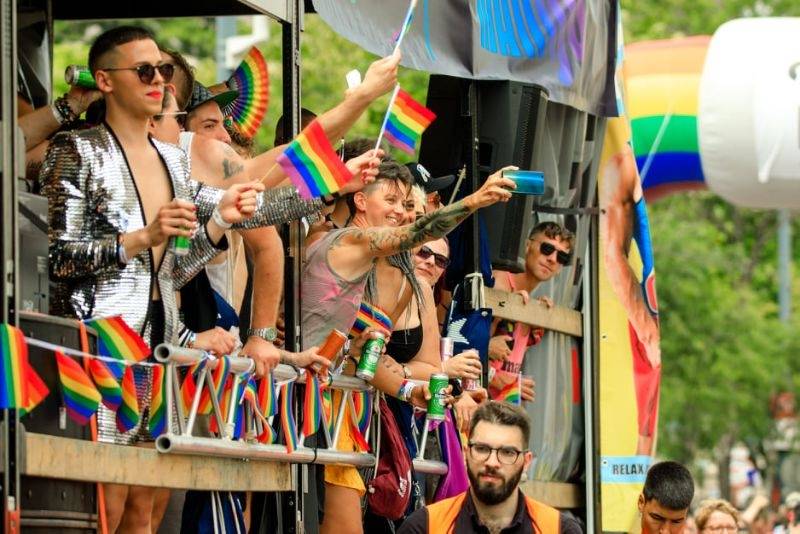 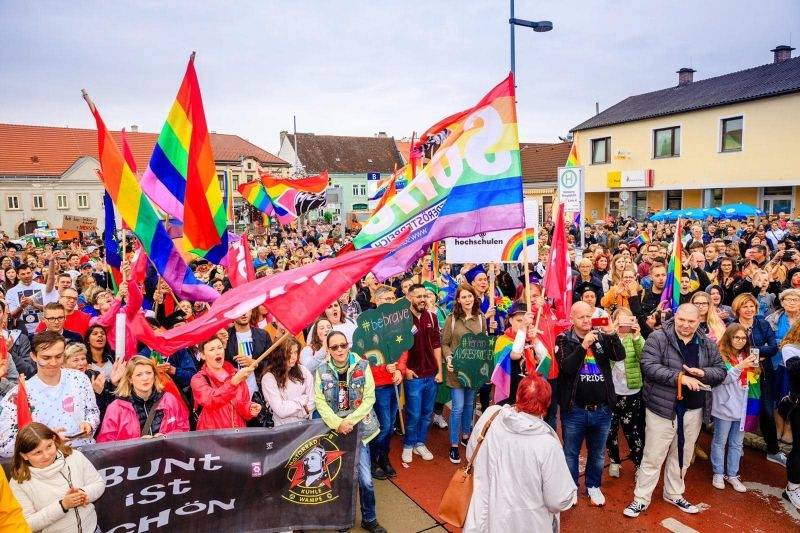 Where to stay during Vienna Gay Pride

See 300+ apartments
310,000 LGBTQ hosts - 270,000 reviews from LGBTQ travelers
Guest room in a quite and modern apartment
This is an Instant Booking. The host agreed to automatically accept booking requests. Once your payment is processed, your booking is confirmed.
Private room • Vienna
Rated Exceptional 4.84 (56 reviews)
Marco is a Fabul'Host!
Wi-Fi • Clothing optional accepted
-20% OFF
The host is offering a discount for the first 3 bookings on this listing
City Center Apartment
Entire place • Vienna
Booked once
Wi-Fi • Air conditioning • Kitchen

Game of Drones
This is an Instant Booking. The host agreed to automatically accept booking requests. Once your payment is processed, your booking is confirmed.
Private room • Vienna
Rated Exceptional 5.0 (18 reviews)
Wolfgang is a Fabul'Host!
Wi-Fi • Clothing optional accepted

Pink Grapefruit City Condo
This is an Instant Booking. The host agreed to automatically accept booking requests. Once your payment is processed, your booking is confirmed.
Entire place • Vienna
Rated Wonderful 4.75 (4 reviews)
Wi-Fi • Parking • Pets allowed
See 300+ apartments
Reactivate my account
By using this website, you consent to the use of cookies for analytics purposes