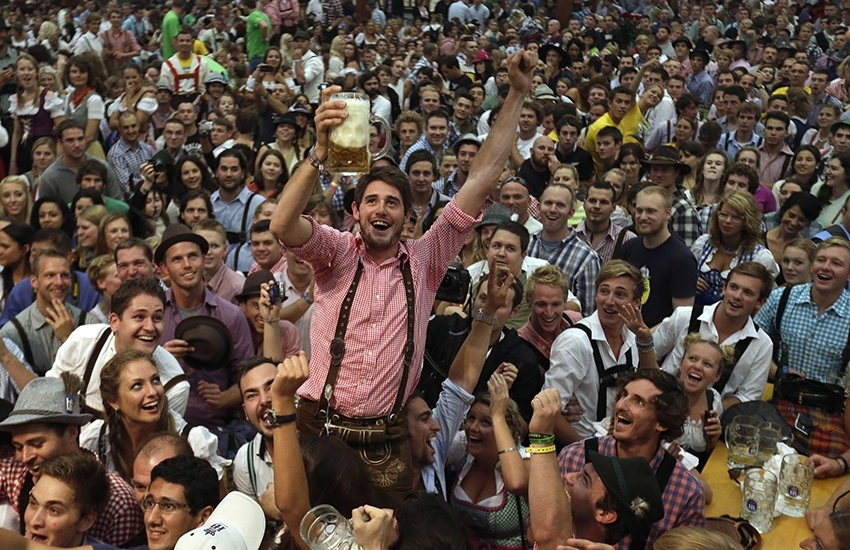 The famous Munich Oktoberfest is back this year from September 20 to October 5! This event attracts about 6 million visitors to the Bavarian capital. This is the largest beer festival in the world and one of the biggest events in the world! But against all odds it is also one of the largest gay events in Munich! THe so called Gay Sunday usually takes place on the first Sunday of the event. This year it will be September 21. From 9am, thousands of gays gather under the giant Bräurosl tent, for a very festive and very boozy day. This day is often an opportunity to watch beautiful German hunks in traditional (and very sexy) Lederhosen, the Bavarian pants. And apart from the gay audience, this day is not different from any other day during the Oktoberfest: a lot of beer, some roasted chicken, manly hugs and folk songs. Come early because it is incrediby packed.. Three other gay events take place before the end of the Oktoberfest (find more informations (in German) on www.rosawiesn.de).

Oktoberfest celebrates this year its 181-year history. The festival takes place on the Theresienwiese, a 42 hectares square. It will host 14 giant tents each accommodating thousands of visitors per day, and a score of other more modest.

And even if a shortage of pretzel threat due to a bakers's strike, rest assured, nothing can bring down the Bavarian cheerfulness, when comes the time to celebrate the month of October! Who'll be your next misterb&b host in Munich? 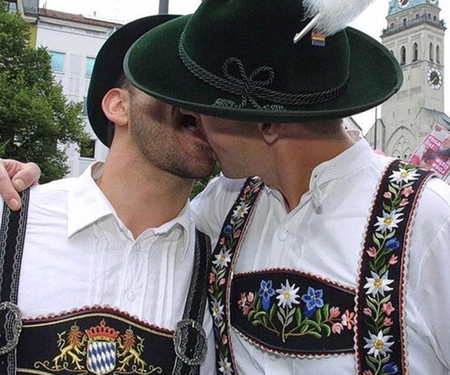 Gay Sunday at the Oktoberfest in Munich
Reactivate my account
Book your next gay trip with misterb&b and be welcomed in 1 million LGBTQ-friendly accommodations in 200 countries Search now
By using this website, you consent to the use of cookies for analytics purposes