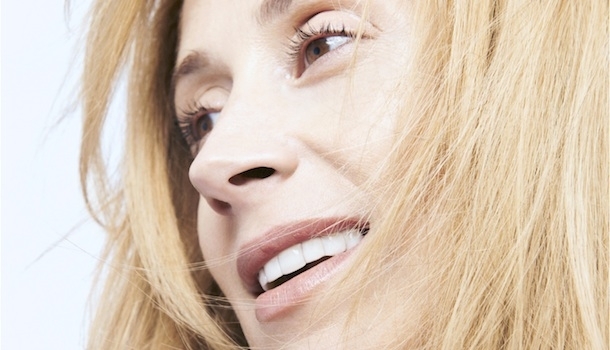 The singer of « La Différence », « Je t’aime », « Tout », or « Adagio » tells us about her new album « Le Secret », which reached #1 in French charts right after being released. It’s a calmer Lara Fabian that tells us about love and tolerance. And as it’s always good to take some distance, the singer shares her favorite destinations, those who surprised her and those who she dreams about.

Have you been surprised by how your album has been received?
Lara Fabian: It's beautiful. Yes, obviously I was surprised, because we never know how a declaration like « Le Secret », which is still quite dense, rich and wide, will be received.

Why did you choose « Deux ils, Deux elles » as a first single?
The song existed for around 5 or 6 years. Flavien Companion made me discover the music of the song. As I was finishing the album I called him. Since I wrote "La différence" in 1997, I told him that it might be nice to put this song in the album, that people needed a balm of tolerance and gentleness. He told me "you don‘t think so right." I was at the other end of the earth, and I wasn’t realizing what was happening in France. The base existed and I wanted to do something more of this song, something about tolerance and metaphor. This is how « Deux ils, Deux elles » turned this way. And given the circumstances, we thought it was right to release it and especially because I was completely legitimate to do so. Since I’ve always been flying the banner of tolerance and love for all.

Why this commitment?
Because of my loved ones. And the community is very close to me.

What is your bound with your gay audience?
My audience believes in the concept of being tolerant, to love, that's all. The gay community greatly suffers from being falsely accepted. That’s simple, I think. What people want is to get out of this, without violence.

What was your reaction to the debate about equal marriage in France?
We still live in the Middle Age. It affects the physical integrity of human beings. Where is this leading? It’s terrible to me, I do not understand. Well, I do understand the why and the how, but I believe that no idea justifies the current violence, none.

Do you think that things have changed since 1997, and the introduction of civil unions for same-sex couples in France?
Yes, in some aspects, and in others, not at all. Acceptance is more an image than a reality.

What is your opinion on the situation of homosexuals in Russia?
It’s very complicated, it’s very, very tense. I see that it’s complicated, but these are my convictions, my opinions, that’s all.

Why do you think French singers are so successful in Russia?
They love the French language. It’s always been like this, it refers to the time of the czars, of the glitz, of the Enlightment, of the stars. For them, the French language connects to this extraordinary period. That's why, I think, Mylène Farmer, Patricia Kaas, or I, have the chance to emigrate, in a certain way.

Why do these singers suffer from a kind of "disenchantment" in France?
By the public, not at all. Media are not the public. I think people have to make the difference and to restore the truth.
It’s not because 4 people have decided something and created a kind of caricatural buzz about me that you should buy it. People never failed on my side. Their continuous support is obvious, and we still see it today. I'm # 1 in sales, it isn’t the media that invents it, it is the reality of the public. You need to stop talking about me as the "unloved one”. It’s rather quite the opposite, I created such love, such a flood of enthusiasm, that by jealousy, some try to destroy it.

Have you been hurted by some reactions?
At the time, yes, but now I’m done with it. Almost 15 years later, I’ve gone my way. I’ve taken some distance and I realized that for some I was just some kind of business, for others a knee-jerk reaction, but it doesn’t alter who I am.

Did you expect some negative reactions after the naked pictures of you in Gala magazine?
Again, be careful. Two people moking me vs. 90% good feedbacks. It’s not because a guy and his girlfriend sent two tweets saying they didn’t like it, that it reflects reality. They never sold as many copies of Gala. Again, it’s an appearance-based prejudice from someone I don’t even know, who has never met me in real life. The truth is that people have said that it was beautiful and that I look good, calmer. So it makes me smile. I understand, however, that some people may be wondering why I did it.

Why did you do it?
To be a reflection of a state of mind, of who I am today, and because it was a request of the magazine. I thought the idea was great, and Hélène Renault is an exceptional photographer, a woman of incredible sweetness. I knew it would be of great elegance, and that we would see a real calming, a really tender picture, even if very sensual...

Can you tell us about the movie "Mademoiselle Zhivago" inspired of your album of the same name?
This is the story of a woman who lives the transhumance, the transcendence of a soul and who, from tragedy to tragedy embodies the material needed, the thoughts needed to turn one’s life positively. But above all it is the story of an encounter between a Russian composer and a French singer, who has become a musical movie that has not seen the day when it should have because there was a lot of controversy, conflicts between his ideology and mine. Today, it is aesthetically a very nice work. And this music, very epic, which we created with Igor Krutoj. The film can easily be found on the internet.

Your most memorable trips?
I’ve got three. Brazil, which was about meeting an exceptional people. Japan, that was a real cultural shock in a very positive way. And third: a trip I do all over again, to my homeland, Sicily. It brings me back to the basics of what is precious to me, what makes me happy.

Your favorite city?
Florence staggered me. It is an open air museum, it is beautiful. I love Reunion Island. I love Brussels, my city, because I feel good there. And I love Montreal: the sky is high and the light intense.

A city for an honey moon?
Certainly Positano, in Italy, which is in the shell of the Bay of Naples, it's beautiful.

The most gay-friendly city?
Tel Aviv. Unbelievable. It’s always been. Well, I know the city for only 10 years, but really, Tel Aviv is amazing. I went there right in the middle of Pride, it was magical: we had so much fun, it was so exciting!
And San Francisco, of course.

Why Tel-Aviv?
People are very open, despite the image given by the media. Maybe living in extreme situations helps you experience things with more distance, and let go.

On a plane, isle or window seat?
Isle.

Any object you always carry with you when you travel?
Pictures of my daughter and of other people I love.

Any advice to travel well?
You really have to want and need to discover the place. It is a predisposition of mind. That way, you are assured to be fed. Traveling light is also important. And to know where you are going, culturally speaking, so you can adapt more easily.

Your dream travel destination?
I have a lot ! I’d love to go to black Africa, I’ve never been there. The Serengeti Parc. I dream of returning to Japan to see the countryside. Not Tokyo, but Osaka, between land and sea, the Fujiyama that I have never seen. And I dream of going to Brittany in France, and also be able to explore this corner I don’t know : it’s supposed to be splendid. And there’s also a part of Italy, the country of my mom, I don’t know well, between the end of the boot and Naples.

Your next trip?
Azerbaïdjan, in Bakou. But for now, Brussels, because i’m going back home.